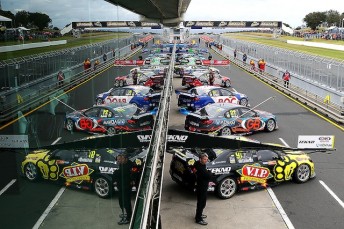 V8 Supercars teams are in the final days of a long season of furious competition.

While the driver’s title was sealed at Phillip Island with Jamie Whincup collecting a record sixth Championship crown, there remains the subjective matter of which team has been the presented throughout the year.

Team appearance from the variety of liveries at the 14 meetings through the year has maintained a high standard.

Have a say in who has been the sharpest looking outfit in 2014 on the poll below.