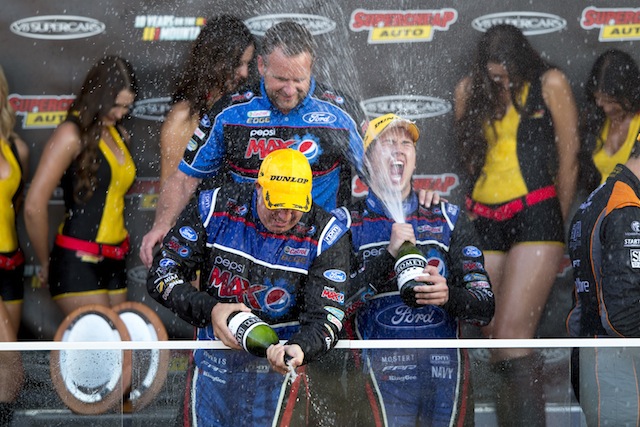 Ford’s exit from V8 Supercars at the end of next season is not the first time the blue oval has withdrawn backing from Australia’s highest profile racing category.

Take a walk through the company’s history with Speedcafe.com’s timeline.

– Ford Works Team was first formed in 1962, with Harry Firth preparing and co-driving a winning XL model Ford Falcon in that year’s Armstrong 500 at Phillip Island.

– The Cortina GT saw service over the following two years, winning the now Bathurst-hosted Armstrong 500 in 1963 and 1964, as well as the Australian Touring Car Championship, run to different regulations, in the latter year. 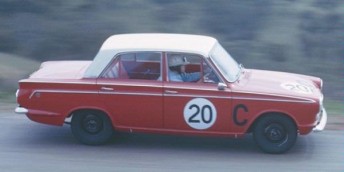 – An improved version of the Cortina, the GT 500, took a third successive Armstrong win for the blue oval under Firth’s control in 1965.

– Ford Mustangs meanwhile took charge in the Australian Touring Car Championships, winning each year from 1965-1969 in the hands of Bob Jane and Ian Geoghegan.

– The Cortina made way for the XR Falcon GT at Bathurst in 1967, where Firth and Fred Gibson teamed to give the nameplate a win on debut.

– In 1969 Canadian-born Allan Moffat joined the Ford Bathurst effort while American Al Turner took over from Harry Firth as the team boss.

– Moffat won Bathurst in 1970 (XW GTHO) and 1971 (XY GTHO), with the latter effort the first under the control of Howard Marsden.

– Ford enjoyed a double ATCC/Bathurst triumph in 1973 before officially withdrawing from racing at the end of the year, citing the oil crisis as the reason.

– Falcon XA GTs won at Bathurst through Moffat and Ian Geoghegan in 1973 and Kevin Bartlett and John Goss the following year.

– Ford’s success continued in the immediate aftermath of the withdrawal thanks to privateers John Goss (1974 Bathurst winner) and Allan Moffat (1976 ATCC). 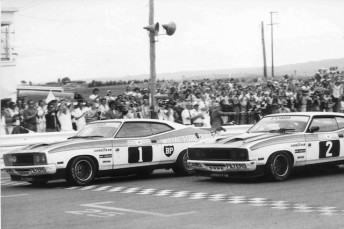 – Moffat’s effort was supported by the factory via the Moffat Ford Dealers, winning the 1977 ATCC before recording a famous one-two at Bathurst.

– Ford then pulled the plug again on Australian tin top racing at the end of 1978, triggering two years of Holden domination via the company’s A9X.

– Dick Johnson became Ford’s favourite on the track through the 1980s, with his backing coming through the company’s parts division Motorcraft.

– Johnson won the ATCC and Bathurst in his Falcon XD in 1981, before enjoying further ATCC success in 1982 and with an XE in the final year of the Group C era in 1984.

– The Motorcraft-backed Johnson continued to be Ford’s flag bearer during two tough seasons with Group A Ford Mustangs.

– Group A turbo-charged Ford Sierras then took Bathurst in 1988 (Tony Longhurst/Tomas Mezera) and 1989 (Johnson/John Bowe), with Johnson winning the championship in both years.

– Ford shared its support between DJR and Glenn Seton Racing when the 5.0 litre V8 rules saw a return of the Falcon to Australian race tracks in 1993; snubbing an approach from reigning two-time champions Gibson Motorsport.

– GSR and DJR shared strong success over the following years, with the former winning titles in 1993 and 97 and the latter scoring a Bathurst win in 1994 and ATCC trophy in 1995.

– The list of Ford supported teams grew during the late 1990s and early 2000s under the leadership of Geoff Polites, with first-year squad Stone Brothers Racing tasting Bathurst success in 1998. – The blue oval rebranded GSR as Ford Tickford Racing for 1999 as part of its growing commitment to the sport, marking the first factory-entered effort since 1973.

– Ford bankrolled Craig Lowndes’ defection from Holden for 2001 with Gibson Motorsport, which also joined the Ford fold after years with The General.

– After failing to score a single victory, FTR team reverted to its GSR moniker for a single season in 2002 while focus shifted to Craig Lowndes and Gibson

– Seton’s team was then purchased by David Richards’ UK concern Prodrive a year later, with the factory team going under the Ford Performance Racing name and recruiting Lowndes.

– Ford announced during 2008 that it would ditch support of Triple Eight and Dick Johnson Racing at season’s end, leaving FPR and SBR as its sole factory backed teams.

– With Triple Eight moving to Holden for 2010, Ford won just one of the sport’s major prizes – the championship and Bathurst – in the following three years courtesy of a cash-strapped DJR. – FPR changed hands at the start of 2013 with Richards selling out to Rod Nash and Rusty French who had acquired Prodrive Racing Australia.

– Mark Winterbottom and Steven Richards guided the FPR FG to victory at Bathurst in 2013, the first for the factory team in its 10-year existence.

– FPR made it back-to-back Bathurst wins in 2014 with a last-to-first victory for Chaz Mostert and Paul Morris.

– Ford announces on the eve of the season finale that it will cut all support for its V8 Supercars teams following the completion of the 2015 season.