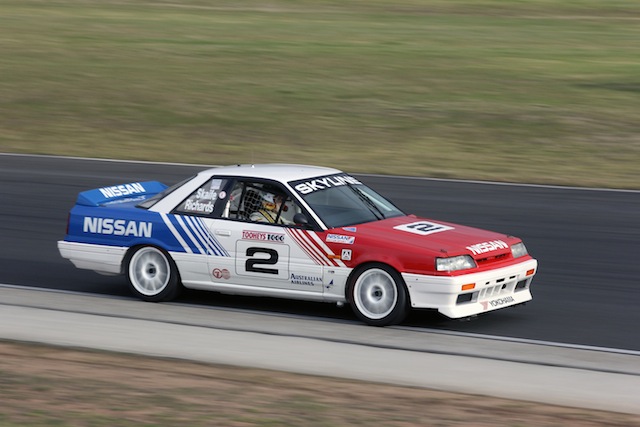 Richards will commandeer the Skyline GTS-R he used to spring to the third of his four ATCC titles in the demo runs at the December 5-7 Sydney Olympic Park meeting.

The seven times Bathurst winner regularly races the Nissan he owns in the Heritage Touring Car class which features log booked Group A and C touring cars that competed between 1973 and 1992.

Up to 20 examples will be featured, ranging from turbocharged Nissans and Ford Sierras to the V8-powered Commodores, Falcons and Toranas of the Group A era along with Toranas from the Group C years.

Other cars to feature include an ex-Colin Bond Caltex Sierra, ex-Jim Richards BMW M3, ex-George Fury Nissan Skyline, a range of V8-powered Commodores, Falcons and Toranas from Group A and C and an ex-privateer Volvo 240 turbo.

The Heritage Touring Cars will appear in a 20-minute demonstration session on each of the three days with Saturday’s outing the curtain raiser to the first V8 Supercars race and Sunday’s acting as the curtain-raiser to the final Dunlop Series race of the season.