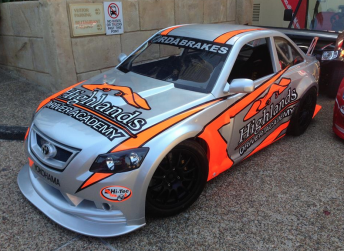 The Aussie Racing Cars Series will venture overseas for the first time next season, commencing its 2015 schedule at Highlands Park in New Zealand.

The ARC Series joins the Enzed Highlands Festival of Speed, scheduled for the January 30 – February 1 weekend.

The event replaces the Clipsal 500 as the ARC season opener following the introduction of two international support categories to the Adelaide meeting.

Tony Quinn, who owns both the ARC Series and the Highlands facility, says that Cromwell venue will suit the pint-sized, motorcycled-engined cars.

“ARC will be the highlight of a jammed packed entertainment lineup for the ENZED Highlands Festival of Speed and I just know that the fast Highlands layout will suit the pocket rockets perfectly.

“With several track layouts, the ARC boys just need to decide which track variant they want to race on.”

The remainder of the ARC schedule will run as a support to the V8 Supercars Championship.

Symmons Plains, Bathurst and Phillip Island carry over from 2014, while Barbagallo, Queensland Raceway and Surfers Paradise have been replaced by Hidden Valley, Sydney Motorsport Park and Sydney Olympic Park respectively.