Sebastien Loeb to enter Monte in a DS 3

Sebastien Loeb to enter Monte in a DS 3 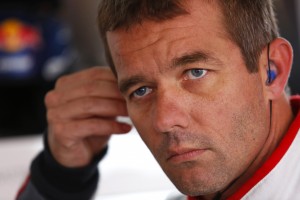 World rally superstar Sebastien Loeb has been summoned out of WRC retirement to contest the Monte Carlo Rally in January.

The one-off performance will see Loeb and his regular co-driver Daniel Elena tackle the time-honoured rally they have won seven times in a Citroen DS 3 WRC.

The two DS 3 WRC machines nominated to score manufacturer points in the Monte from January 19-25 are the confirmed Works entry for Kris Meeke and co-driver Paul Nagle as well as Loeb and Elena.

Loeb, who has captured the WRC title a record nine times, jumped at the chance to contest a rally he cherishes.

“I didn’t hesitate for a second when I was offered the chance to compete at the opening round of the 2015 World Rally Championship in the DS 3 WRC,” Loeb said.

“I think Daniel and I would agree that Monte Carlo is one of our favourite events.

“The beautiful roads, the fact of having to gamble when it comes to tyre choice and the party atmosphere that you get on the stages.

“With the DS 3 WRC – ‘the little racer’ as I nicknamed it when it was first released – I have a lot of good memories.”

Citroen Racing boss Yves Matton said the DS 3 is expected to have some technical upgrades in time for the opening round of the WRC.

“With seven wins here, Seb and Daniel are undeniably the event’s greatest specialists and I’m sure that they will be extremely competitive in a DS 3 WRC, which will have some significant technical upgrades,” Matton said.