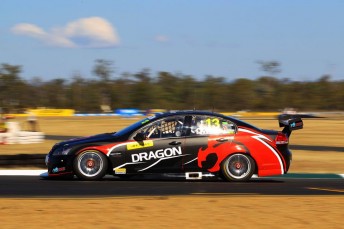 Dragon will return to the Dunlop Series at Sydney Olympic Park

Dragon Motor Racing will return to the Dunlop Series for the season finale at Sydney Olympic Park next month.

The event will mark Dragon’s first appearance since Queensland Raceway in August, after which it withdrew its V8 Supercars Championship wildcard entries from both Sandown and Bathurst.

The 18-year-old will head to the December 5-7 Sydney race fresh from this weekend’s Formula Ford season finale at Phillip Island, which he enters with a 21 point advantage over Thomas Randle.

Golding works as a mechanic at GRM, which is preparing the #13 entry at its Melbourne workshop and will run the car for Dragon in Sydney.

“James has been working on and setting up our Car #13 since June,” explained a Dragon statement.

“This will be James’ first drive in DVS and Dragon’s third first-time DVS Driver in 2014.

“As with Tim Macrow (who drove at Winton and Townsville) and Ben Schoots (who made a brief appearance at Queensland Raceway) we hope this will be the first of many more V8 Supercar drives for James.”

According to Dragon, its other driver so far this year, Kristian Lindbom, remains part of plans to enter V8 Supercars Championship wildcards in 2015.

While Dragon withdrew from both Sandown and Bathurst this year, one of its two ex-GRM Car of the Future chassis has raced in the two most recent V8 Supercars events at Surfers Paradise and Phillip Island.

The chassis has been utilised by Lucas Dumbrell Motorsport following a crash at Bathurst for its regular Holden, which the team hopes to repair ahead of Sydney.

Dragon confirmed via Facebook that Lindbom undertook a maiden drive of its LDM-run chassis at a Sandown ride day last week. 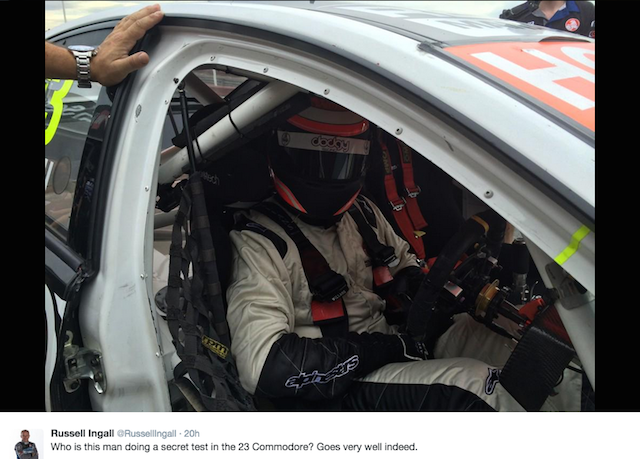