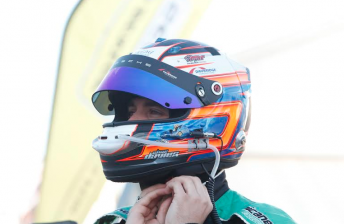 Shae Davies will graduate to the Dunlop Series

Carrera Cup front-runner Shae Davies will make his Dunlop Series debut at Sydney Olympic Park ahead of a full campaign in the second-tier V8 Supercars class next season.

The 24-year-old will drive Michael Hector’s MSR Ford in Sydney before replacing Ash Walsh for 2015.

Walsh has won six races with MSR over the last two seasons and is set to graduate to the V8 Supercars Championship with Erebus Motorsport.

Davies joins the Dunlop Series after a two-year stint in the Carrera Cup that netted fourth in the 2014 championship, highlighted by a race and round victory at Bathurst.

“After two very productive seasons in Carrera Cup, I see the Dunlop Series as the final stepping stone towards hopefully breaking into the V8 Supercars Championship in the coming years,” said Davies.

“The capabilities and pedigree of Matt Stone Racing are rivalled by few in the Dunlop Series and together we are setting our sights on next year’s championship. 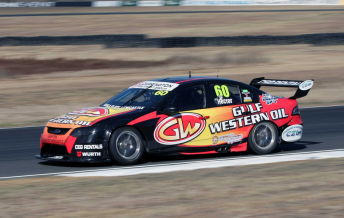 Davies will step into Hector’s Falcon for Sydney

“Joining the Dunlop Series at Homebush will provide the best pre-2015 test we could ask for, and if we can run in the top 10 I will be very satisfied.

“Any result inside the top five will feel like a win for the time being.”

Other changes to the Dunlop Series field for Sydney will see the return of Dragon Motor Racing and the absence of Jack Le Brocq.

Le Brocq sits 12th in the standings after Bathurst’s penultimate round but has had to pull out of the drive with Image Racing due to a lack of funds.