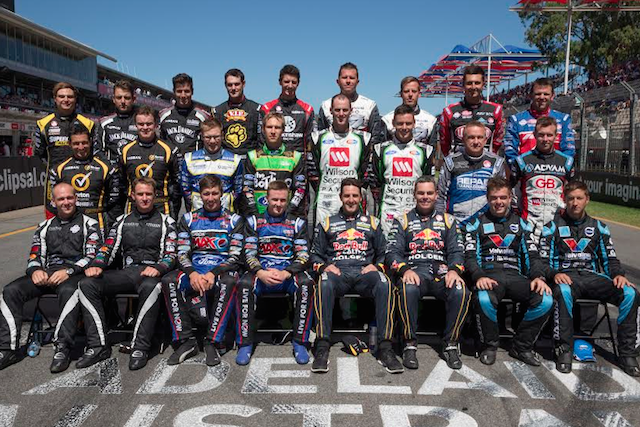 With the curtain soon to fall on another V8 Supercars Championship, it’s time to vote for your favourite driver.

The 40-year-old’s popularity has endured throughout the last two decades, despite the recent domination of team-mate Jamie Whincup.

This year has seen Whincup statistically become the greatest driver of all-time, scoring a sixth championship.

The 2014 season has again featured Mark Winterbottom as Ford’s front-line fighter, waving the blue oval flag amid uncertainty over the manufacturer’s future in the sport.

Rising stars such as Scott McLaughlin and Chaz Mostert have meanwhile further established their places in the sport, with the former leading Volvo’s popularity surge and the latter taking a surprise Bathurst win.

While only 25 drivers tackled the V8 Supercars Championship full-time this year, Marcos Ambrose will appear as a wildcard in next month’s NRMA Sydney 500 ahead of his full-time return next season.

Ambrose’s return is dominating the pre-Sydney build-up, with fans soaking up every detail of the two-time champ’s new program with Dick Johnson Racing and Team Penske.

Who is your favourite V8 Supercars driver? Vote now on this week’s Pirtek Poll.