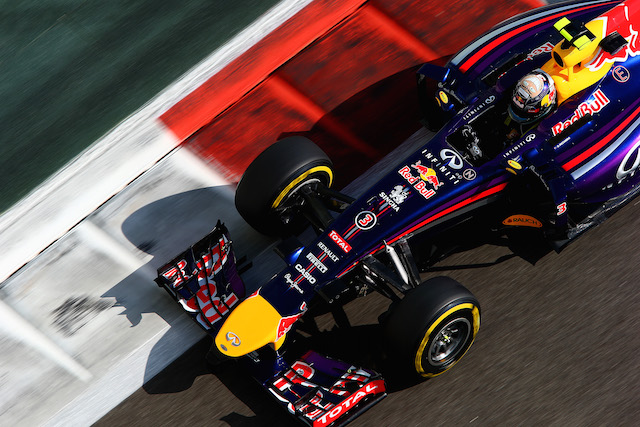 Red Bull Racing’s Daniel Ricciardo and Sebastian Vettel have been relegated to the back of the grid for the Abu Dhabi Grand Prix following an exclusion from qualifying.

Formula 1’s Technical Delegate Jo Bauer reported the team to the stewards following qualifying after discovering the flaps on the RB10’s front wing had been specifically designed to flex under aerodynamic pressure.

As a result, Ricciardo, who qualified in fifth and Vettel just behind in sixth have been excluded from qualifying. The pair have been granted permission to start the race from the back of the grid.

Red Bull has accepted the penalty although the outfit believes they are not the only team to have breached the rules.

“Following the decision of the Stewards regarding the front wings on both our cars (Car 1 and Car 3), we are disappointed that we have been singled out for a front wing deflection test when it is clear that other teams are interpreting the rules in a similar fashion,” read a statement from Red Bull Racing.

“The team accepts the decision of the Stewards and will start the race from the back of the grid.”