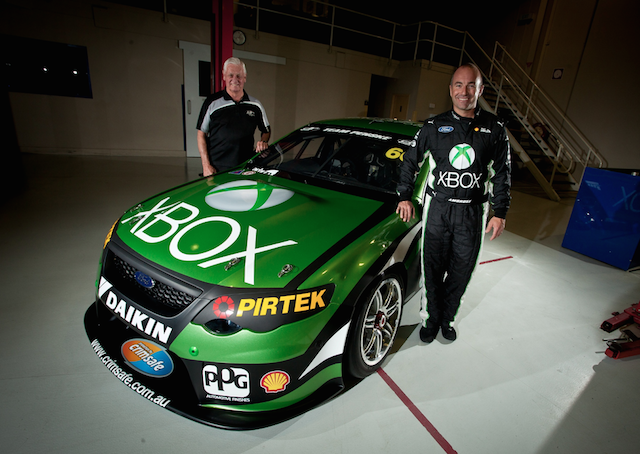 Marcos Ambrose and Dick Johnson with the Xbox Falcon

Marcos Ambrose says that he holds no concerns over the likelihood that he will be racing for a single-car DJR Team Penske outfit next season.

As revealed by Speedcafe.com on Monday, DJR Team Penske is preparing to lease its second Racing Entitlements Contract to Super Black Racing for 2015.

While the team continues to hold out for a late boost of funding to bring a second Scott Pye driven entry online, scaling back to a single car for Penske’s first season looms as the most likely outcome.

Such a scenario will allow Penske to focus on investing in infrastructure and improving processes at DJR before launching a two-car, factory-backed campaign in 2016.

Under the Super Black deal many of the drawbacks of running a single-car will be minimised, with the teams set to share pit equipment at race meetings.

CLICK HERE for Speedcafe.com’s full update on the 2015 silly season

“Whatever they choose to do I think it’s going to be what’s in the best interests of the race team,” Ambrose told Speedcafe.com of the structure.

“We know that 2015 is going to be a year of growing, developing and synching together and whatever they choose to do, I fully support.

“Is one car a disadvantage? In our situation, I’m not sure it would be.

“Would having two cars with data coming in, would that be an advantage? Yeah, it probably would be. You’ve just got to weigh it all up.

“The choices that are going to be made are certainly not my choices, (but) once the choices are made, we will make the best of the situation that we can.

“Whatever we have to do to get there is what we are going to do.”

While news of Super Black’s plans to run out of FPR’s Campbellfield workshop caused a stir among rivals at Phillip Island, the factory Ford squad insists it can provide technical support to the Kiwi entry without breaching regulations limiting teams to controlling no more than four cars.

FPR and DJR have meanwhile both indicated that they will continue their existing technical relationship next year.

The current arrangement sees a DJR representative sit in on FPR engineering briefings during race weekends, as well as receiving baseline set-up data.

Although remaining a customer of FPR, Penske is mobilising its imposing US-based resource for the V8 Supercars program; a process that Ambrose stresses will take time.

Ambrose spent two full days at DJR’s workshop prior to Friday’s Lakeside ride day, impressing the team with his eagerness to get stuck into the program.

“DJR have done a lot with a little in 2014 and they’ve got some great guys there,” said Ambrose.

“I’m really thrilled with the commitment I see from the people inside DJR.

“Realistically, 2015 is going to be a year of growing pains because there’s a lot of work in front of us.

“We’re trying to stress to everyone that we talk to we that they need to be patient with us.

“We’ve got an incredible resources over in America that we can tap into. We’ve just got to be smart enough to tap into it.

“That won’t happen overnight. It’s going to take a big effort and a lot of late night phone calls and a lot of flights for a lot of guys across the pond.

“Part of what I’m here for is to be a conduit between America and here and to bring some (connections to attract) sponsorship dollars to the party and gel it all together.

“It’s not going to happen in a week, but I’m up for it. I’m fully committed to it and I can’t wait.”

DJR’s full-time staff has already been bolstered by Penske-appointed technical director Nick Hughes and team manager Jeff Swartwout, but will likely be trimmed for the move back to a single car.

The Queensland-based team has not run less than two cars since 1986 and campaigned four as recently as 2012. 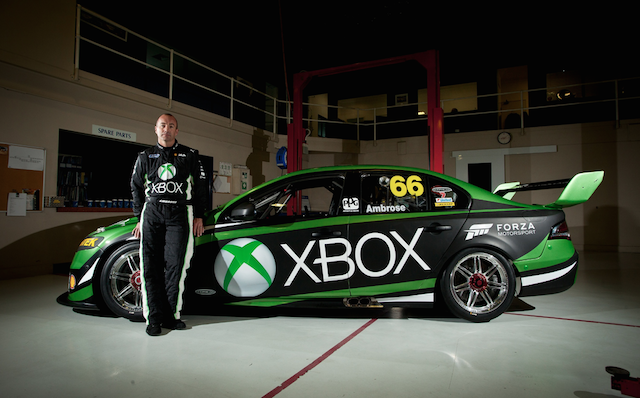