PIRTEK and Ambrose back together

PIRTEK and Ambrose back together 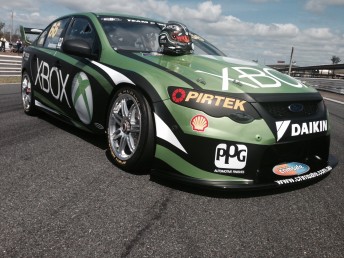 PIRTEK will join forces with Ambrose in Sydney again

The naming rights sponsor during Marcos Ambrose’s Championship years, PIRTEK, has joined his campaign for the NRMA Sydney 500, something that the returning star says is just like ‘putting the band back together’.

“I guess you could say the “band is back together” and I could not be happier,” said Ambrose.

DJR team owner, Dick Johnson is thrilled to have such a well-known brand as part of Ambrose’s return to Australia:

“PIRTEK has a terrific history in Australian sports, particularly V8 Supercars and we are delighted they have them part of the Sydney program with Marcos,” said Dick Johnson.

“It is a quality brand known the world over – so it’s wonderful that we’re able to bring them on board for Marcos’ historic return to V8 Supercars.”

PIRTEK itself is hoping that this relationship may yield some of the success that Ambrose delivered to the company in the past.

“We’ve had some outstanding success with Marcos in V8 Supercars previously and we are looking forward to being involved with him on his return in Sydney next month,” said PIRTEK CEO, Stephen Dutton.

Ambrose acknowledged that the support of the Western Sydney-based company was instrumental in building his profile in the Australian market and the success it delivered.

“The support of PIRTEK when I came into V8 Supercars as a rookie was humbling. PIRTEK and its franchise network really gave me my shot.

“I was able to reward them with a couple of Championships, but the friendships we forged in those years have been lasting and it terrific to come back to Australia and have them involved as we roll the car out of the truck for the first time.”