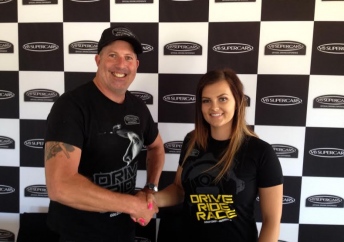 Renee Gracie will join an expanded Paul Morris Motorsport stable for her debut in the Dunlop Series next year.

Gracie had last month confirmed she would make the step up to the second-tier class after two seasons in the Carrera Cup, sporting continued backing from Fujitsu.

The chassis was originally raced by Fabian Coulthard (Paul Cruickshank Racing) and Dean Fiore (Triple F Racing) in the V8 Supercars Championship before its move into the Dunlop class.

Gracie joins what is expected to be a four-car PMM Dunlop Series team, which currently features Triple Eight FGs for Morris and Aaren Russell and a Walkinshaw Holden for Brett Stewart.

Gracie’s Ford will be engineered by veteran Ian Walburn, who will provide more important experience in her debut season aboard a V8 Supercar.

“I am thrilled to be joining Paul Morris Motorsports in 2015 and grateful to be part of a team with such a wealth of experience,” said Gracie. 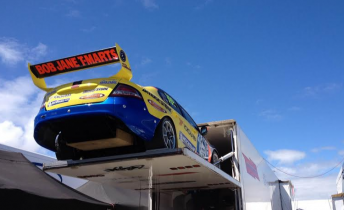 “PMM is one of the most professional teams in the Dunlop Series and there is little Paul hasn’t experienced or achieved in motorsport, so I am incredibly fortunate to be benefitting from his knowledge and guidance.

“It’s not often you get to have the reigning Bathurst winner in your corner.

“V8 Supercars is a whole new ball game for me and I am expecting one hell of a challenge next season, but I am ready to race and grow in the Dunlop Series and hopefully surprise a few people along the way.

“I cannot think of a better team to help me do that than PMM.”

Gracie finished 15th in this year’s Carrera Cup; a four place improvement over her rookie season.

“Over the years I’ve enjoyed working with a number of youngsters coming through the ranks. Guys like, Chaz Mostert, Scott Pye, Lee Holdsworth and more recently Andre Heimgartner, and Renee will present a new and exciting challenge that I am keen to maximise,” he said.

“Her continued performance improvement in Carrera Cup this year has been impressive and I am sure with the right development Renee will turn a more than a few heads on track during next year’s Dunlop Series.”