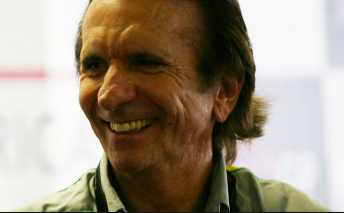 The legendary Emerson Fittipaldi is set to make a surprise return to racing at the final round of the FIA World Endurance Championship in his native Brazil from November 28-30.

Fittipaldi, 67, confirmed on his Facebook page that he will drive an AF Corse Ferrari 458 Italia in the GTE-AM class of the Sao Paulo 6 Hours at Interlagos.

A few months ago Fittipaldi’s name appeared on the FIA driver grading list as a bronze pilot.

Fittipaldi’s most recent competitive drive was with his brother Wilson when they shared a Porsche 997 GT3 in the Brazilian GT3 Championship in 2008.

The 1972 and 1974 F1 World Champion had forged a highly successful career in IndyCars winning two Indy 500s and the championship in 1989.

His full-time career ended when he suffered a huge crash, injuring his back at Michigan in 1996.

Fittipaldi, whose extensive business interests include orange groves, famously drank orange juice on the podium after winning the 1992 Gold Coast Indy race, an act he repeated at Indianapolis in defiance of the traditional bottle of milk.

The affable racer was lured back to single seaters during the short-lived Grand Prix Masters at Kyalami when he finished second behind Nigel Mansell in 2005.