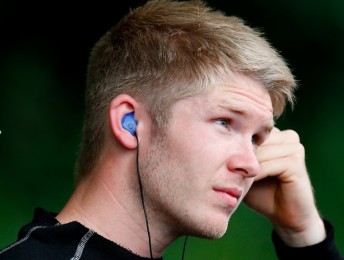 Australian single seater hopeful Spike Goddard will make his Formula 1 debut having secured a run with Force India at the Abu Dhabi test next week.

The 22-year-old will share the testing duties at the Yas Marina circuit with newly crowned GP2 champion Jolyon Palmer, who has also been selected by the Silverstone-based team.

Goddard will make his F1 debut when he jumps behind the wheel of the VJM07 next Wednesday for the final day of the Abu Dhabi test.

After progressing from karts to the New South Wales and Victorian Formula Ford championships, the Australian moved to England to pursue a single seater career in 2009.

“Every young racing driver dreams to be at the wheel of a Formula One car and I am very excited to be one of the very few who gets to fulfil this dream,” said Goddard.

“The test is an important stage in the preparations for 2015 and I hope my contribution will be useful for the team to get a head start for next season.”

After claiming four wins on his way to the GP2 title, Palmer is hoping to impress as he looks to advance his single seater career.

“Force India has shown their faith in me by offering this opportunity and I am looking forward to repaying their trust in Abu Dhabi,” said Palmer.

“I have worked very hard for a chance like this and I want to help the team get the most from this test session.

“This is a team that has always promoted talent and I hope this opportunity can lead to bigger things in the future.”