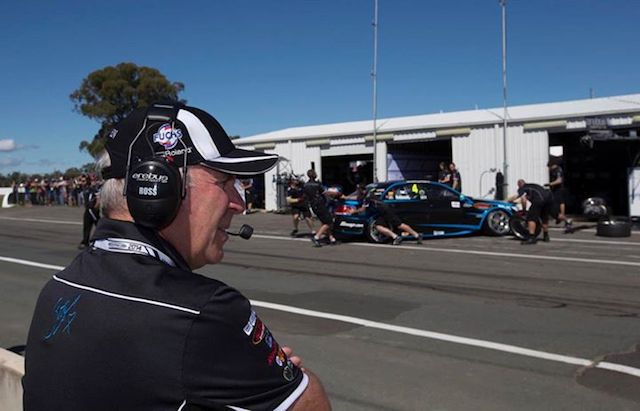 The Gold Coast-based Kiwi is set to take a sabbatical from the sport following the Sydney race, which concludes his two-year management contract with Erebus.

The sale process is set to be completed on December 31, with Erebus taking ownership of the #9 Racing Entitlements Contract which had initially remained in the hands of SBR under the takeover plan.

“I’ve only missed about four races since 1986 and I just feel that it’s time for a break,” Stone told Speedcafe.com.

“I’m heading to New Zealand following the Sydney 500 to do a hike along the Milford Track with my family, after which I have no firm plans.”

Stone moved from his native NZ to Melbourne in 1986, initially running a single-car Holden team in the ATCC and endurance events for former motorcycle ace Graeme Crosby. 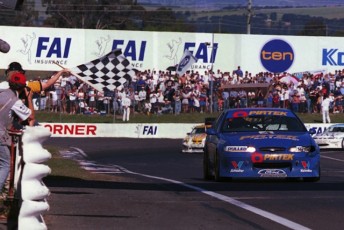 The stint at DJR included victory at both the Sandown 500 and Bathurst 1000 in 1994, before an ATCC title and second Sandown success the following year.

A two-year spell heading up a new Ford team for Alan Jones subsequently paved the way for Stone Brothers Racing to be formed in 1998.

SBR was a surprise Bathurst winner in its first season with foundation driver Jason Bright and endurance partner Steven Richards.

The squad grew to be one of the V8 Supercars powerhouses over the following years, eventually taking three consecutive championships with drivers Marcos Ambrose (2003 and 2004) and Russell Ingall (2005).

Although success slowed following Ambrose’s exit in 2006, SBR remained an occasional race-winning force over the following years, expanding to run three championship entries and a Dunlop Series car by the time of the Erebus takeover.

“Certainly winning Bathurst was a big tick,” Stone reflected of his career in the category.

“The frustrating thing was that we never won it again. We should have a couple of times, but everyone has those stories.

“The championship era with Marcos and then Russell was obviously a highlight as well.

“That was just a really exciting time to be involved in V8 racing, working with a lot of good people.”

Although admitting that he is expecting this year’s Sydney 500 to be less emotional than the end of the SBR era in 2012, Stone speaks with pride of his work on the ambitious Erebus Mercedes-AMG customer project. 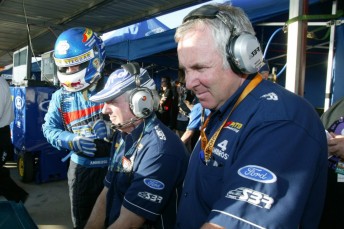 Ross, pictured with brother Jim and Marcos Ambrose, on the way to SBR’s first title in 2003

“I’ve really enjoyed the last two years and I’m proud of what we’ve achieved because it’ll never be repeated,” he said, having spearheaded the team’s engine development program after it was taken in-house ahead of this season.

“The car build from the time we said we were doing it to actually running the car at Eastern Creek was only 109 days.

“It’s been a lot of work since then too but we’ve gone from having the cars with serious engine power, temperature and fuel consumption issues to having the bulk of it under control now.

“Everything is in place for the development of the engines to get them where they need to be.

“I think I leave the team as a really great group of people that are capable of doing the job. I’m really comfortable with all of that.

“I really wish Betty, Daniel (Klimenko, Betty’s husband) and Ryan (Maddison, Erebus CEO) all the best. I’m sure I’ll keep in touch with them.”

Describing his move as a sabbatical rather than a retirement, Stone isn’t ruling out a return to the category in future.

“I’m not sure, I just need to have a break and work out exactly what I want to do,” he said of a return.

“There have been a few times where we’ve had holidays over the years but you try and jam it in between Christmas and New Year before getting straight back into it.

“This is a chance for me to enjoy a break and spend some more time with my family.”