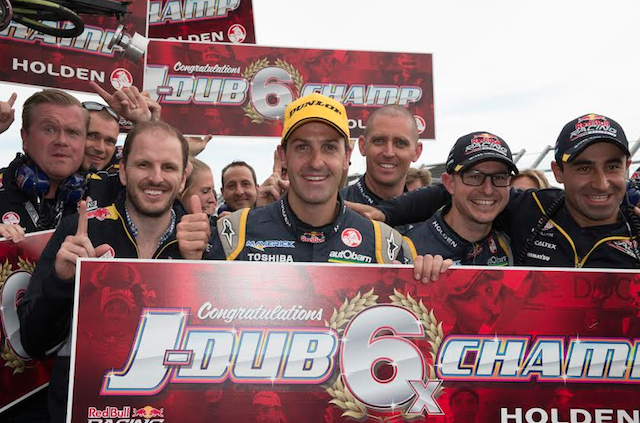 Jamie Whincup insists that his motivation to continue in the V8 Supercars Championship is at an all-time high, despite securing a record sixth title today at Phillip Island.

The 31-year-old has achieved his six championship victories in just seven years, winning each with the all-conquering Triple Eight Race Engineering.

Whincup has just one more year remaining on his current Triple Eight contract, but says he has no immediate desire to seek new challenges, be it in V8 Supercars with a different team, or another racing category overseas.

After his early success with Triple Eight last decade, the Gold Coast-based driver openly stated that he was unlikely to continue in the category beyond the age of 30, hinting at a possible future in NASCAR.

Last year’s introduction of the Car of the Future, the continual tweaking of race formats and the strength of the competition have, however, all subsequently combined to keep Whincup hungry for more success.

“Over the years, the motivation comes and goes, but it’s never been as high as it is right now,” Whincup told Speedcafe.com post-race.

“In ’11 or ’12 things started to normalise and we were running through the motions and I thought, maybe a change is needed to keep me fresh.

“You’d still love the racing side of things but it was like going to the same job every day with the same desk.

“But then when the Car of the Future hit we didn’t have pace and it was as challenging as it’s ever been.

“I love my racing more now than I ever have and there’s another major curveball coming in the next couple of years with different cars also.

“I think the category does a great job keeping it fresh for everyone, not just me and the drivers, but all those in pitlane,” he added.

“We don’t want to go to the point where it’s a lottery or a chook raffle, but we want curveballs thrown at us with tyres, different strategies, twilight events, the whole lot.” 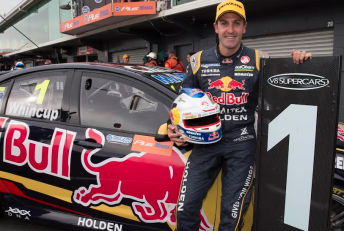 This year’s success followed a troubled start that saw Whincup over 200 points adrift of Mark Winterbottom after 16 of 38 races.

Winning six of the next eight races dramatically turned the tide in Whincup’s favour, before strong finishes at all three Pirtek Enduro Cup events ensured the title could be secured with four races to spare.

Although stopping short of claiming it his hardest fought championship, Whincup agreed that it was the biggest mid-season swing he’s ever experienced.

“In 2008 when we wrote the car off in New Zealand that was a long road back but it wasn’t really a form slump like we had this year,” he reflected.

“When you’re in a hole form wise and you’re 200 points down, it’s a big ask. It’s crazy how things can turn.

“When you do a few things a bit differently the momentum changes and it can turn on a dime.”

Whincup was understandably cautious when drawn on his place in the history books, which now see him sit alone above five-time champions Ian Geoghegan, Dick Johnson and Mark Skaife.

“I honestly don’t know what to say, I’m a bit lost for words,” he said of the situation.

“Holding that trophy above my head at the end of the year is going to be unbelievably sweet.

“I feel like I’ve got a bit of a breather now, there’s a bit of pressure off my shoulders so I can have fun from here to the end of the year.

“I don’t fully understand what that number (six championships) means, I haven’t looked into it enough, but the drivers that have come before me have done an unbelievable job.

“To stand amongst them is something that I’m pretty proud of.”

Whincup’s domination of the championship in recent years has ensured he is a polarising figure among fans.

While sustained success by a team or individual has the potential to be detrimental to any sport, the driver hopes that his efforts in the category are appreciated by spectators, regardless of allegiance.

“I’m the type of person who’ll go and watch a Roger Federer or someone like that,” he said.

“You know he’s going to pummel ‘old mate’ off the court, but I can’t get enough of watching a guy in full swing.

“I’m not saying that’s the case with me, but I hope people enjoy watching me do my thing and giving it my all in this category.”