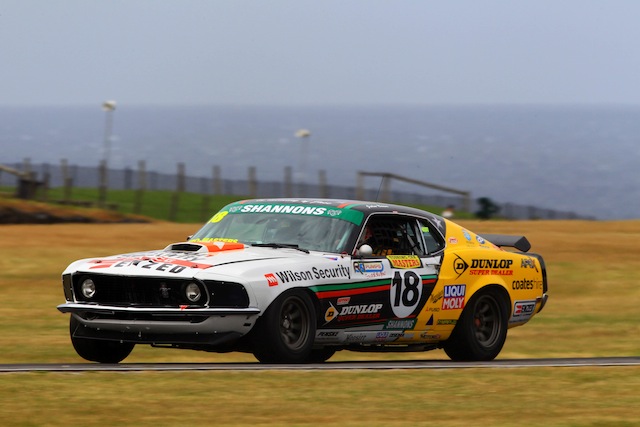 Fate dealt Jim Richards a cruel blow after his Ford Falcon Sprint had to be withdrawn following an engine failure in the opening ENZED Touring Car Masters practice session at Phillip Island.

Richards, one of the most decorated drivers in Australia in both circuit racing and tarmac rallying, saw his chances of winning successive TCM crowns vanish following the opening practice session.

“Jim was good enough to notice things weren’t right and switch it off before it blew up,” engine whiz Mick Webb said. 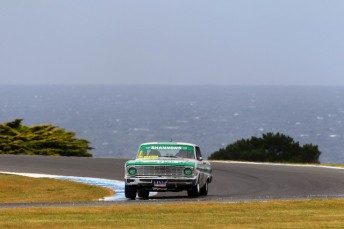 The Devonport native’s pace puts him one step closer to achieving another new TCM record, having scored pole position at each of the six rounds contested so far this season.

With Richards out of the running, Bowe’s next nearest rival ahead of tomorrow’s opening race will be Ford Falcon racer Keith Kassulke (97.5 points behind) and Andrew Miedecke, who sits 132.5 points from the lead.

A total of 180 points are up for grabs across the three races.

Karanfilovski was fastest of the ProAm class runners and will need to have a perfect weekend to have any hopes of winning his class this season.

The Victorian currently sits 157 points behind class leader Mark King entering the final round; King lapping comfortably inside the top-10 in both sessions.

The ProSports class will also be decided this weekend with second-placed Cameron Mason topping the class results today – and also taking his #3 Mustang inside the top 10 overall.

Qualifying will precede the opening race tomorrow afternoon with the heat broadcast live nationally on the Seven Network in between the twin 100km V8 Supercars races.