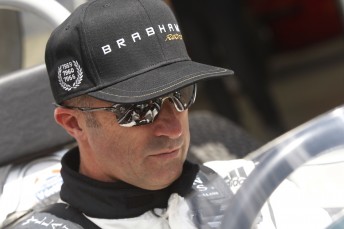 Sportscar ace David Brabham has confirmed plans to compete in next year’s Bathurst 12 Hour behind the wheel of the Flying B Racing Bentley Continental GT3.

The youngest son of three-time Formula 1 champion Sir Jack Brabham has been a longtime admirer of the endurance classic at Mount Panorama, but has previously been unable to fit the event into his schedule.

The former Le Mans 24 Hours winner has been confirmed to join car owner Peter Edwards and two-time Bathurst 1000 winner John Bowe in the Flying B Racing Bentley for the event from February 6-8.

Flying B Racing is an offshoot of Maranello Motorsport, which won this year’s event with Craig Lowndes, Mika Salo, Edwards and Bowe in a Ferrari 458.

Brabham is no stranger to the 6.2km Mount Panorama circuit having won the Bathurst 1000 in 1997, following the disqualification of on the road winners Paul Morris and Craig Baird. He has since competed in the event as a V8 Supercar co-driver with his most recent drive in 2011.

The 49-year-old is already eagerly anticipating the contest which will also see him reunited with the Bentley marque. The Flying B Racing Bentley made its competitive debut at Highlands Park 101 event last weekend. 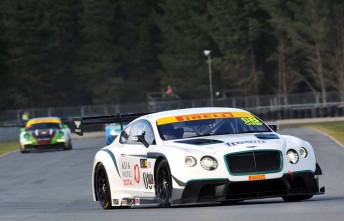 “When Mark Coffey (Maranello Motorsport team owner) rang to ask if I wanted to join them to race at the Bathurst 12 Hour next year, I thought a Christmas present had come early,” said Brabham.

“I have wanted to do this race for the last few years, but just couldn’t manage it, now I can and I am so excited to be racing in a Bentley with Flying B Racing.

“I was second for Bentley at Le Mans in 2003 so I have a great relationship with them and to race for last year’s winning team gives me an excellent chance to win what has now become a truly international event.

“It has been pleasing to see this race grow in stature over the years and the competition there will be a fantastic challenge to overcome. I can’t wait.”

A field of 54 cars has already been confirmed for next year’s event with 29 entries set to do battle in the Class A GT3 category.