POLL: Which V8SC marque do you support?

POLL: Which V8SC marque do you support? 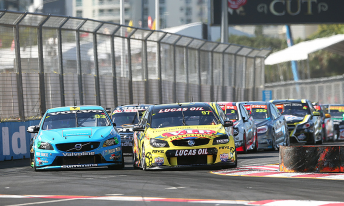 Holden and Volvo battle into the first chicane at Surfers Paradise

Nearing the end of the second season since V8 Supercars ‘opened the shop front’ to new marques, the Pirtek Poll gives you the chance to share your manufacturer allegiance.

The V8 Supercars brand was built on the Ford and Holden rivalry, but are the two heavyweights losing their popularity among the fan base?

The last 18 months have seen both marques announce the impending end of their local manufacturing, which will kill-off the Falcon and the Commodore as we know it.

While Holden remains committed to V8 Supercars, Ford is yet to affirm its position beyond 2014; a situation that is proving an emotive topic for its legion of supporters.

Volvo has meanwhile blasted onto the V8 Supercars scene this year this year, redefining its brand image through rising star Scott McLaughlin and its potent S60 package.

The factory Nissan and Erebus’ customer Mercedes-AMG operations have also worked hard to improve on and off track in their second V8 seasons, with the former using its heritage at Bathurst to stir emotion among followers.

Which V8 Supercars marque do you support? Vote now on the Pirtek Poll below.