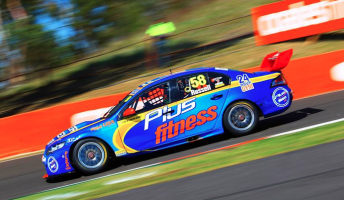 The penultimate event of the V8 Supercars season will be officially known as the Plus Fitness Phillip Island 400.

The company, which boasts over 100 franchised gyms around the country, was introduced to V8 Supercar racing by Dunlop Series team Novocastrian Motorsport at the recent Bathurst 1000.

It moves into the Phillip Island sponsorship role previously held by Sargent Security, which fell into receivership earlier this year.

The deal with V8 Supercars sees Plus Fitness named as the “Official Fitness Partner” of the November 14-16 Phillip Island event and the December 5-7 Sydney NRMA 500.

It will also receive a fitness-themed “driver challenge” segment in the Phillip Island event’s television coverage.

“This, in addition to our similar brand ethos, make for a great partnership and the exposure this brings to both our brand, Plus Fitness, and the fitness industry as a whole,” said company CEO John Fuller of linking with V8 Supercars.

Plus Fitness will remain as Novocastrian’s primary supporter for the final Dunlop Series round of the season in Sydney.

Next Story FPR discussing 'all options' over Ford future