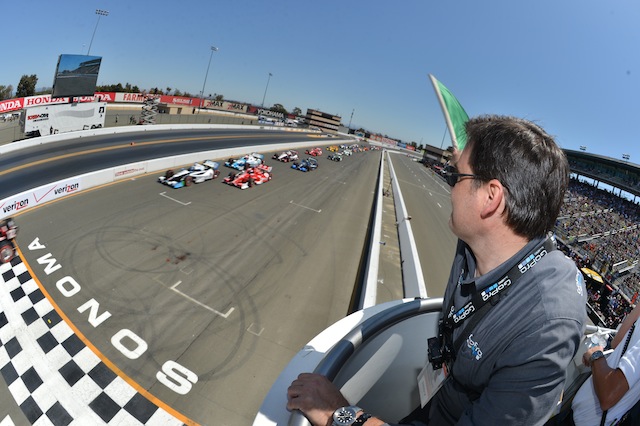 IndyCar will start its 2015 schedule in Brazil and finish the cramped season on the road course at Sonoma after confirming the full calendar.

Plans to hold the season-opener in Dubai at the city’s highly regarded sports car circuit were put on ice as the season will start in Brasilia on March 8.

The series has abandoned its previously traditional Saturday night race finale at the Fontana superspeedway, instead opting to close the championship at the Sonoma road course on August 30.

It will be the first time US single-seaters have closed a championship on a road course since the defunct Champ Car series ended its season at Mexico City in 2007.

Fontana has been moved to June 27 while the series will see a return of the Pocono race the week preceding the Sonoma finale.

As previously reported the season will welcome a new race in New Orleans at Nola Motorsports Park which will be the third round of the 17-round schedule on April 12.

Mark Miles, the chief executive of IndyCar parent company Hulman & Co, said while Dubai had been on the table for several months, plans have not been abandoned to spread the series into far flung international markets.

Miles says that there is room outside the NFL season which finishes with the Super Bowl in early February for up to four international events.

Reaction to the calendar has largely been positive from the key IndyCar players with team owner Roger Penske endorsing the 2015 schedule.

“We are excited to visit new markets in Brasilia and New Orleans and ending the season at Sonoma Raceway will provide a great backdrop for the series championship.”

Penske’s 2014 championship winning driver Will Power has welcome the new events in Brazil and New Orleans which he says provides a blend to the existing markets.

“Overall, it’s a good, competitive schedule and I can’t wait to get back on track to try and defend our Verizon IndyCar Series championship. It’s definitely going to be tough man.”

Detroit remains the only double-header race weekend with the axing of Houston and Toronto being cut to just a single race weekend.