Lowndes to race Camaro at Highlands 101

Lowndes to race Camaro at Highlands 101 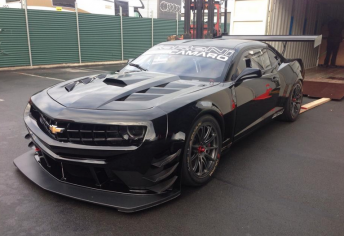 While Tulloch has already raced the 7.9 litre Camaro in local competition, the event will be its maiden appearance at an AGTC meeting.

Lowndes has campaigned Audi and Ferrari GT3 machinery in recent years and says he’s looking forward to his first taste of the Camaro.

“It’s a new car to the category and I haven’t even seen it yet,” said Lowndes of the Reiter Engineering built Chevrolet.

“But it’s got a good pedigree and on paper it looks very competitive.

“It’s a GM product and it’s quite different from the GT cars I’ve raced previously.”

The event, which includes a 101 lap feature race on the Sunday, will also mark the V8 Supercars star’s first look at the Cromwell circuit.

“It looks awesome, I’ve heard great things about it and I can’t wait to get there,” he said.

“Learning new tracks is both challenging and fun, I am looking forward to it.”

“The early form of the Camaro has been promising, but we’re still working through some of the ‘new car’ gremlins,” he said.

“Craig is an outstanding driver with outstanding technical ability to get the best out of any car so I’m looking forward to racing with Craig and seeing him help uncover the true potential of the Camaro.”

Shane van Gisbergen has also been confirmed to return to Highlands for the November 8-10 meeting aboard Klark Quinn’s McLaren MP412C.

“The McLaren is awesome to drive, I love driving GT cars so I’m certainly looking forward to having another go,” he said.

“Klark is a really good driver and, although the seat needs to go quite a way forward for him, in the racing we have done together so far, we have been competitive so I hope we can have a go at getting top step of the podium.”

Garth Tander is expected to add further V8 Supercars star power to the meeting, driving Tony Quinn’s Aston Martin that the pair took to victory in the AGTC at Phillip Island earlier in the year.

The announcement of Lowndes’ Highlands appearance comes shortly after V8 Supercars reiterated to teams an acceptance of drivers competing in other races that do not clash with its own events.

The V8 stars are all set to miss next February’s Bathurst 12 Hour due to the scheduling of the touring car category’s pre-season test, despite pleas from Nissan to be granted a waiver for its star, Rick Kelly.