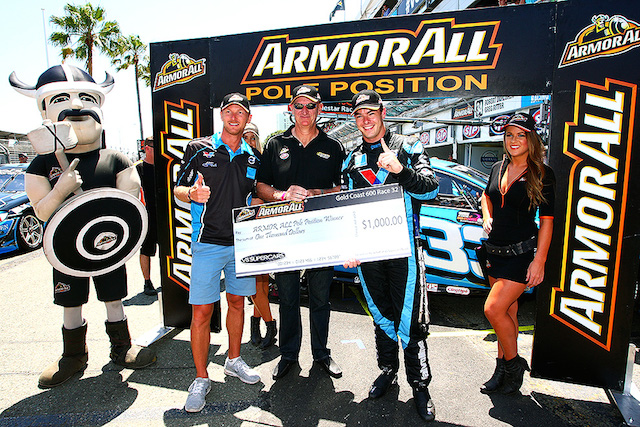 The Volvo driver set his 1:11.03s best with the chequered flag flying, leaping ahead of the two Holdens.

Neither Whincup nor Lowndes improved on their final set of tyres, but had done enough to remain second and third respectively.

Saturday winner Shane van Gisbergen recovered from a slow start to the session to secure fourth ahead of an impressive Will Davison.

David Reynolds rewarded his Bottle-O Racing crew, who worked long into the night on repairs following Race 31, with sixth.

Chaz Mostert was the second of the Fords in ninth despite being forced to park his car on the circuit in the closing stages due to cosmetic damage.

The Holden Racing Team’s James Courtney also had four laps removed due to the kerbs and will start 10th, one place ahead of his team-mate Garth Tander.

Greg Riter was again given the task of qualifying the second Volvo and, in a repeat of his Saturday performance, managed 18th.

Race 32 of the V8 Supercars Championship will get underway at 1355 local time.