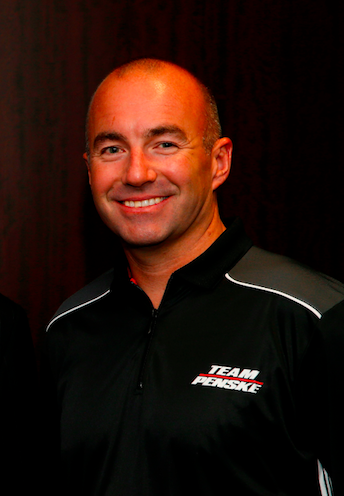 Marcos Ambrose will make an early re-entry to the V8 Supercars Championship with confirmation he will run at the season-ending Sydney NRMA 500 from December 5-7.

The Dick Johnson Racing squad will field Ambrose at the event ahead of his much anticipated full-time return to Australia from a nine-year NASCAR career.

On Thursday, the V8 Supercars Commission approved the DJR operation to run a wildcard at the Sydney street race.

The 38-year-old is the star signing for the DJR Penske outfit with the top shelf American squad buying a 51 percent stake in Australia’s longest established professional touring car team.

“I am really pleased that DJR has been able to put the wildcard deal together for Homebush,” said Ambrose.

“I have never driven there, so it will be not only a bonus to do some really good long races, but it also gives me a good look at the track.

“It will be a fantastic way to kick off our preparations for DJR Team Penske in 2015 and I am really looking forward to getting stuck into it.”

Ambrose, who is in the throes of winding up his NASCAR Sprint Cup campaign with Richard Petty Motorsports, will arrive in Australia in late November and is expected to have a test ahead of the event at Sydney Olympic Park.

Dick Johnson said it provided a great opportunity to give Ambrose a hit-out before launching his 2015 campaign.

“This is a great opportunity to give Marcos a good hit out in one of the DJR Falcons before the Clipsal 500 next year,” he said.

“The Sydney 500 is an ideal way for him to not only get a feel for the car, but also an early opportunity to work with the DJR engineers and crew.

“With Marcos finishing the NASCAR series season at Homestead on November 16, we began to work hard on the wildcard idea and it has paid off. As we continue ramping up our plans for 2015, this is a great way to give him real race miles.”

His team-mate for next year is expected to be confirmed either at the Sydney event or earlier.

Ambrose confirmed at last month’s DJR Team Penske announcement that he would attend the Sydney 500, alongside Penske president Tim Cindric.

The team is yet to confirm a sponsor for Ambrose’s Sydney appearance, or which of the team’s chassis he will run.

The squad has a spare Falcon that David Wall crashed earlier in the year at Pukekohe, in addition to a chassis that was destined to be sent to the United States before a late change of plans.

A deal was put together in 2009 for Ambrose to race at the inaugural Sydney 500 in a third Stone Brothers entry however the wildcard was stopped by V8 Supercars.

Ambrose has not raced in Australia since finishing second behind his then team-mate Russell Ingall in 2005 as he fell just short of winning a third consecutive title.