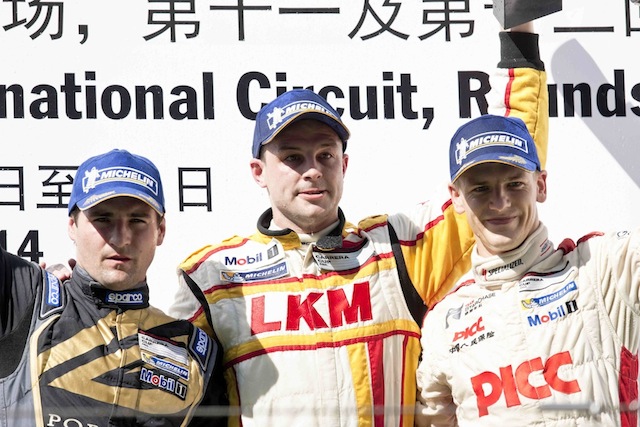 Kiwi Earl Bamber sealed the Asian Carrera Cup Championship with one round remaining in Shanghai.

Bamber scored a winning double for LKM Racing to become the most successful driver in the Asian series’ 12-year history.

The New Zealander, who is making a big impact in the Porsche Supercup in Europe also mentored the 23-year-old Malaysian Alif Hamdan (Nexus Racing) to victory in the Class B Championship.

The final championship top three was a reflection of result in the final race. Australian Anton de Pasquale was crowned Formula Renault 1.6 champion after taking two of the three races at the season ending round at Zandvoort.

de Pasquale convincingly won races 13 and 14 of the Championship, confirming the title with 2 races in hand after the opening heat.

Race 15 proved to be more problematic for DePasquale, who, after being a pacesetter in early wet practice, fell back through the field on a wet-drying track after overheating his rear tyres and struggling home in 7th.

de Pasquale (Lechner Racing School) has been the class of the series all year which is his first season in Europe.

“I am so happy to have won this race and won the championship. I had a good start and could control the race to bring the win home. We are now going to celebrate,” de Pasquale said.

“This was a great first year here in Europe. The car was amazing. I learned a lot from the team who did such a great job. Now onto bigger and hopefully better things.” 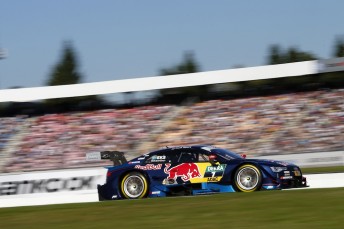 DTM
Mattias Ekstrom salvaged a decent finish to the DTM Championship by winning the finale at Hockenheim.

After cracking his maiden 2014 win at Zandvoort recently, Ekstrom led an Audi shut-out of the podium with Mike Rockenfeller second ahead of Jamie Green.

BMW star and DTM champion Marco Wittmann finished fifth but his season not only reaped him the title it also gifted him an F1 test.

Wittmann will test for Toro Rosso as a gift from BMW which struck a deal through its partner Red Bull.

The 24-year-old has inked a further long-term contract to remain in BMW’s hands.

Wittmann finished the final race of the year in fifth place and topped the standings by 50 points from Ekstrom. 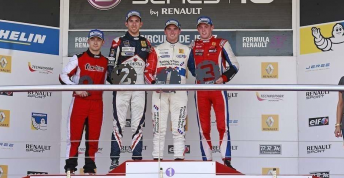 Carlos Sainz jr clinched the title with one race to spare as Will Stevens landed the opening heat at the last round of the series at Jerez.

The only driver who stood in the way of Sainz jr’s title, Roberto Merhi saw his hopes vanish in a first turn accident.

Sainz jr (DAMS) also struck trouble on the opening lap making contact with Oscar Tunjo and later received a penalty which dropped him to 15th however his title was sealed with Merhi (Zeta Corse) out of the race.

The final race saw Oliver Rowland, runner-up to Stevens in the opening heat, record a dominant victory for Fortec Motorsport.

Tech 1 Racing’s Nicholas Latifi was second ahead of Arden’s Will Buller.

Sainz jr ended the season on 227 points from Pierre Gasly (192) with Merhi suffering a disastrous final round when he endured a second retirement which saw him slip to third overall on 183 points.

Merhi suffered problems during his first pit stop before being released when his Dallara became stuck in high revs.

He crawled back to the pits with his car then catching fire which was quickly extinguished. Lucas Auer capped off the European Formula 3 Championship by winning the final race after an aggressive start.

Championship winner, Prema Powerteam’s Esteban Ocon finished fourth behind Blomqvist in the first heat before finishing seventh in the finale.

The 2015 F1 signing Max Verstappen finished sixth to consolidate his third place in the final standings, one place ahead of Auer. 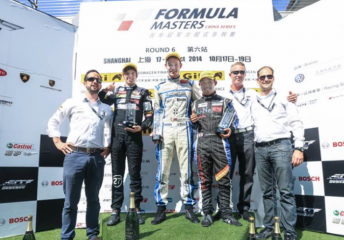 Jake Parsons has finished second in the third and final Formula Masters China race at Shanghai.

Parsons claimed the most points across the weekend with another second and a win.

Parsons (Meritus GP) had an outside chance of securing third place in the points standings going into the final event, despite entering just nine of the 18 races in the series but just fell short.

“Unfortunately I didn’t get third overall, Dan Wells, who won the last race was the guy I had to get ahead of in points,” Parsons said.

“Fourth is still okay, seeing as I only did half the season in Formula Masters China.” Parsons is currently also in the Asia Cup Series championship leader, with the final event at Sepang, Malaysia, on 1-2 November.

He has won seven of eight races so far in that series, and one more win from the final four will secure the title.

Australian Joseph Mawson led from start to finish to claim his third victory of the year in the penultimate round of the French F4 Championship at Jerez.

On pole for the final race Mawson had to settle for second behind Sorensen who sealed the title with his seventh victory.