Fans vote 2014 the best Bathurst ever

Fans vote 2014 the best Bathurst ever 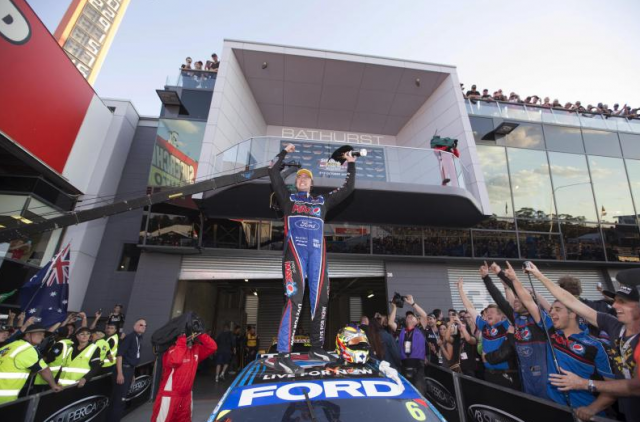 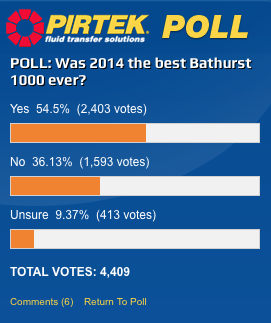 Speedcafe.com readers have spoken; the 2014 Supercheap Auto Bathurst 1000 ranks as the greatest Great Race in history.

Last week’s Pirtek Poll asked the simple ‘yes or no’ question: Was 2014 the best Bathurst 1000 ever?

Fifty-four percent of the near 4,500 respondents voted in the affirmative, with 36 percent voting no and a further nine percent unsure.

Adding to the event’s rich and dramatic history, the 2014 race was the first to see the lead change on the final lap, where Chaz Mostert overtook an out-of-fuel Jamie Whincup to steal the win.

The thrilling finish came after a record eight-hour marathon that included a 70 minute red flag to attend to a track break-up at Griffins Bend.

The race delivered strong attendance and television audience figures for V8 Supercars, with the former the second highest weekend count ever.