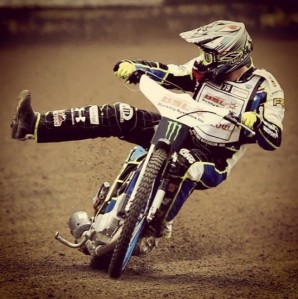 Troy Batchelor is back in the Grand Prix scene in 2015

Queenslander Troy Batchelor will be a full time addition to the 2015 Speedway Grand Prix Championship with organisers rewarding him for his efforts in this year’s Championship.

After a slow start, Batchelor fired towards the middle of the season and went agonisingly close to making the top eight qualification zone, finishing ninth on points after last weekend’s Torun SGP in Poland.

The decision to grant Batchelor the permanent wildcard is a huge boost for organisers of the inaugural Melbourne Speedway Grand Prix on October 24 next year.

Three Australians will now line up for the event announced last week.

He will join 2012 World Champion Chris Holder who directly qualified by finishing seventh on points and Newcastle racer, Jason Doyle making the full season roster through his performance in the Grand Prix Challenge.

A notable omission was Batchelor’s fellow Queenslander, Darcy Ward. Ward was suspended earlier this season due to a positive alcohol test prior to the Latvian Speedway Grand Prix. He was excluded from that event and didn’t make an appearance at any Grand Prix after that.

An event Wildcard will join as the 16th rider, as well as two reserves – in most cases determined by the officiating F.I.M.-affiliate ASN in conjunction with BSI Speedway.