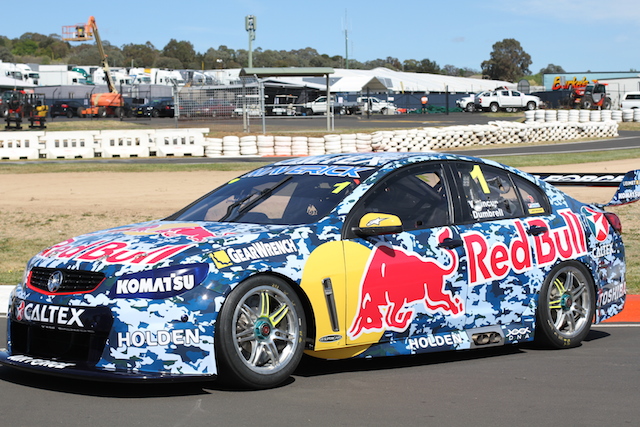 The new look celebrates a partnership with the Royal Australian Air Force and will be used on both the Jamie Whincup/Paul Dumbrell and Craig Lowndes/Steven Richards entries in the big race.

The two Holdens were flown into Bathurst airport on Tuesday via a Hercules transport plane as part of the tie-up between the team and the RAAF.

The cars also spent two days filming at the RAAF base in Amberley, Queensland, last month.

The RAAF look extends the team’s race suits, which were screen-printed in Italy by Alpinestars for the event, as well as merchandise which will be on-sale throughout the weekend.

According to the team, a percentage of the merchandise sales will go to an RAAF-appointed charity.

The livery is the second time Triple Eight has taken on a camouflage look, with the squad representing defence force charity GECKO at Townsville in 2011.

“We had a one-two in Townsville with the camouflage colours so hopefully it’s a good omen to be running a similar look,” Lowndes told Speedcafe.com.

“It’s been great to deal with the Air Force because these guys are as much lovers of V8s as we are of their toys.

“It’s a great relationship and has been a lot of fun understanding their business and spending time down at Amberely crawling through their rockets, just like they’re doing with ours here.” 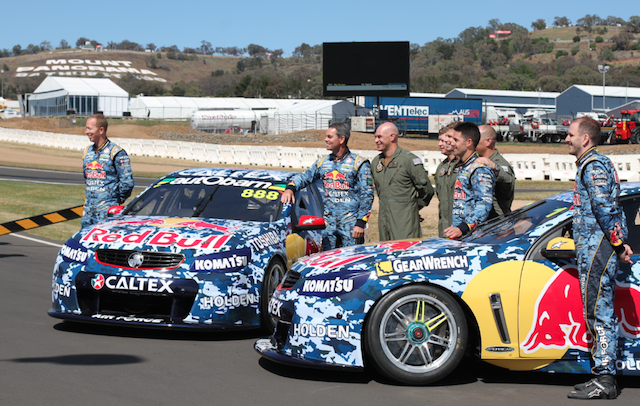 The two cars were unveiled at Murray’s Corner 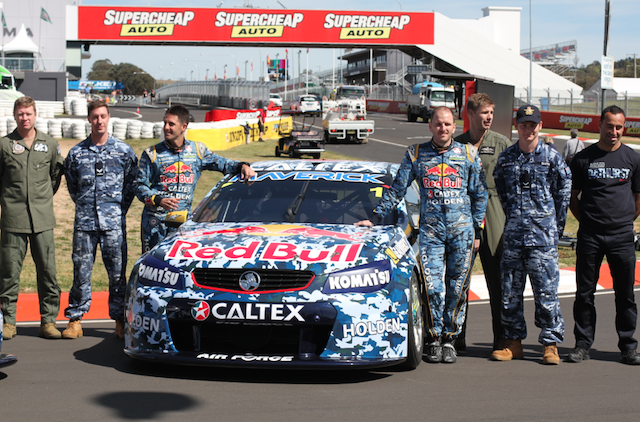