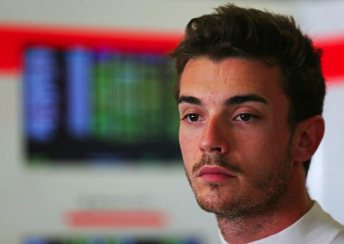 Marussia driver Jules Bianchi has been transferred to hospital in an unconscious state after a serious accident during the Japanese Grand Prix.

The Frenchman speared off the road in tricky wet conditions and made contact with a recovery vehicle at Turn 7 with nine laps remaining, prompting officials to red flag the race.

Bianchi’s crash occurred shortly after Adrian Sutil went off at the same corner. The German’s Sauber car was being recovered by a crane at the time of the incident.

The medical car was quickly on the scene with Bianchi then transported to hospital by ambulance.

“Driver is not conscious, he has been sent to the hospital by ambulance because the helicopter cannot go in these conditions,” the FIA press officer Matteo Bonciani told reporters at Suzuka.

“Further updates will follow – for the moment we cannot say anything. We will keep you updated as fast as we can.”