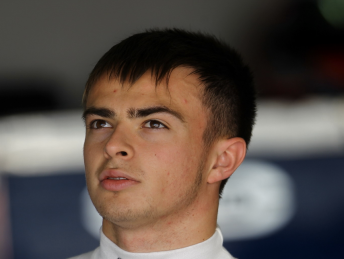 Top British driver Will Stevens is ready to slot into his first drive with Marussia in Free Practice 1 ahead of the Japanese Grand Prix at Suzuka tomorrow.

Stevens moves into the test role with the Banbury-based team which fields Max Chilton and the highly rated Frenchman Jules Bianchi.

It is expected that Stevens will take over Chilton’s MR03 chassis with the Rochford driver poised to be named as reserve driver alongside American Alex Rossi.

The move comes after the 23-year-old tested for Caterham F1 in a two-day test at Silverstone in July.

Stevens, a winner in the opening round of the Formula Renault 3.5 Series at Monza, drove the CT05 to 11th place in the Silverstone test which was topped by Williams incumbent Felipe Massa.

Verstappen is set to become the youngest driver to compete in official F1 session.