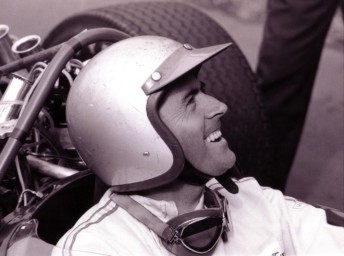 The United Kingdom will honour Sir Jack Brabham in a memorial service to be held at Silverstone on October 24.

Following his state funeral on the Gold Coast in June, the official UK tribute to the triple world champion who died aged 88 on May 19 will be conducted at the Silverstone Wing.

The celebration of the extraordinary life of Brabham, the only man to win an F1 World Championship in a car bearing his own name in 1966, will also be used to raise funds for Kidney Research UK.

David Brabham, the youngest of Sir Jack’s three siblings, has organised the memorial which will be hosted by the BRDC (British Racing Drivers’ Club)

The memorial will be an opportunity for well wishers who could not make it for the state funeral in Australia to pay their respects to the winner of the 1959, 1960 and 1966 F1 World Championships.

“He touched and inspired so many people’s lives that it is only appropriate to have a celebration of his life for those who could not make his state funeral in Australia,” David Brabham said.

“It will be quite something listening to my father’s legendary competitors talk about their experiences of ‘Black Jack’ and how he influenced their lives.”

Brabham’s widow Lady Margaret will make the trip from Australia while oldest son Geoff and grandson Matthew will travel from the US.

Guests will also have the opportunity to enjoy seldom seen film footage and some of Jack’s treasured personal artifacts.

A stunning array of Brabham cars will be on display, charting not only Sir Jack’s remarkable racing history but also the Brabham marque’s rise to becoming the biggest racing car manufacturer of the 1960s.

Included in a mouth-watering display will be a Cooper-Climax T53 signifying Jack’s second Formula 1 World Championship in 1960; the first Brabham F1 car ever built in 1962 – the BT3; the BT11 – a predecessor to the 1966 world beating BT19; the BT20 in which Sir Jack completed his ’66 championship year; a Brabham BT24 from 1967 and Sir Jack’s final F1 car, the Brabham BT33 in which he took his last Grand Prix win in South Africa 1970.

The motorsport fraternity and fans are welcome at the memorial which is limited to 600 people.

For those unable to attend, memorial donations can be made to Kidney Research UK via www.justgiving.com/SirJackBrabham