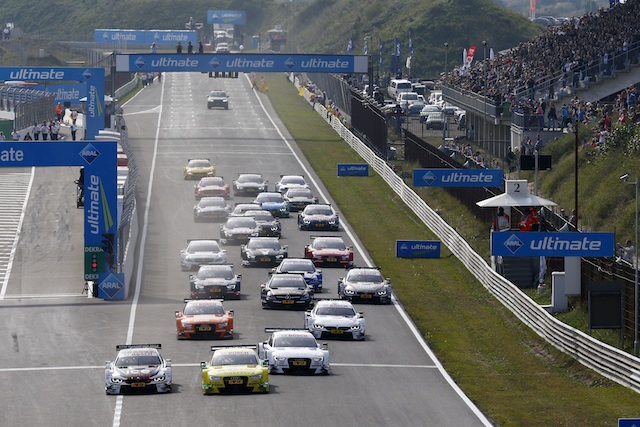 DTM and Super GT have agreed to adopt four cylinder turbocharged powerplants as part of a joint rule change set to make its debut in 2017.

The all new Class One regulations were agreed upon by DTM organisers ITR and Super GT’s governing body GTA at a meeting in Tokyo yesterday.

Under Class One rules, cars competing in the categories will be powered by two litre turbocharged, four cylinder units expected to produce 600 horse power, thus ending a long term association with V8 powerplants.

Limited testing and tyre specifications were also ratified under the new ruling.

The engine downsize comes as V8 Supercars assesses a range of options for its future regulations with championship CEO James Warburton refusing to rule out a switch from V8 engines.

It is also understood the American motor racing association, IMSA, are likely to adopt the new set of regulations.

“The agreement between the leading car manufacturers in Germany and Japan is an important milestone on the way to a set of joint, globally implemented Class One regulations,” said Hans Werner Aufrecht, ITR Chairman.

“It’s up to the manufacturers’ to decide if they want to let their Class-1 vehicle race at Suzuka today, at the Nürburgring next week and at Daytona in a fortnight.

“This possibility provides totally new marketing opportunities for the manufacturers.

“I’m delighted that we are going to demonstrate our common ground, in Europe, Japan and the USA, with this distinctive name.

“All these moves will help us achieving a variety of brands never witnessed before at the highest technical level and consequently, we will provide the crowds even more fascinating motor sport.

“Isn’t it a fantastic perspective that spectacular racing cars such as the DTM vehicles can be run all over the world at reasonable costs, in the future?”

“We fully agreed on the concept of the common technical regulation.

“This agreement will create better conditions for car manufacturers to participate in the other series in future.”