Rossi given all clear after Aragon crash

Rossi given all clear after Aragon crash 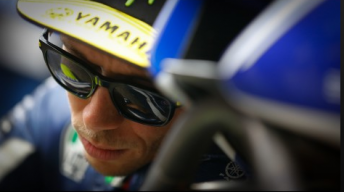 MotoGP legend Valentino Rossi has declared himself fit and ready to tackle the remaining four rounds of the season following his violent accident in the Grand Prix of Aragon.

The nine-time world champion was briefly knocked unconscious when he fell from fourth place during Sunday’s race, resulting in a visit to nearby Alcaniz hospital for a precautionary CT scan.

“I’m fine, everything is ok, and this is the most important thing,” said Rossi, who was released from hospital following the CT scan on Sunday.

“I did not injure myself too much except for a big bump to the head.

Although glad to escape relatively unscathed, the Yamaha rider remains frustrated by the accident which arrived when he was about to challenge the lead group in Sunday’s race.

“It was a real shame because before the race we made a change that would have helped me a lot; the bike was strong, I was going well, I had recovered the gap in the first few laps and I was there with the leading riders,” added Rossi.

“I felt good and I am sure I could have made a good race, so it was a real shame to fall.

“In a way I’m almost glad because even though we had a difficult weekend on Sunday we were competitive and this was supposed to be a track that is not very good for us.”

Rossi will return to action in the Japanese Grand Prix at Motegi on October 12.