AMChamps to retain endurance formats in 2015

AMChamps to retain endurance formats in 2015 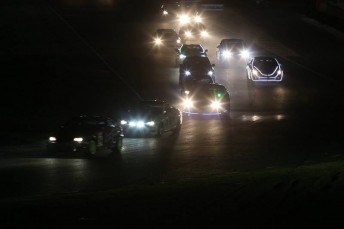 The AMChamps will retain its endurance formats in 2015, including the ‘Fight in the Night’ at Ipswich

The Australian Manufacturers’ Championship has confirmed a continued focus on endurance racing with the release of its 2015 calendar.

The title will again be contested over five rounds, with visits to Sandown, Phillip Island, Queensland Raceway, Wakefield Park and Sydney Motorsport Park all retained.

The biggest change comes in the timing of the four-hour Sydney race, which moves from July to November in order to conclude the season.

“The current mix of formats have been proving successful, providing a good mix across the year,” said AMChamp Category Manager Rob Curkpatrick, who last week revealed the full Shannons Nationals schedule for 2015

“We did look at making changes, but our teams told us that they like things the way they are, so we retained the current event mix including our marquee enduros and the popular Queensland Raceway Fight in the Night in August.

“A change we have made is to move the Australian 4 Hour from July to November, which is a significant move and allows us to spread the season out nicely and finish off with a big marquee event in Sydney.

“As well as concluding our season-long championship chase, the Australian 4 Hour will be the third of three events for the AMChamp Australian Endurance Championship, which will kick off with the Sandown 3 Hour Classic in March and continue with the Great Southern 4 Hour at Phillip Island in May.”

The non-AEC meetings will see a continuation of the twin-200km race format, ensuring co-drivers are again welcomed in every event.

BMW has secured the 2014 Australian Manufacturers’ Championship crown ahead of the final round at Wakefield Park next month.

BMW 135i driver Grant Sherrin took out the Australian Endurance Championship and currently sits atop the outright AMChamps’ drivers’ standings, for which the winner is awarded the title of Australian Production Car Champion.