Project Brabham off to flying start

Project Brabham off to flying start 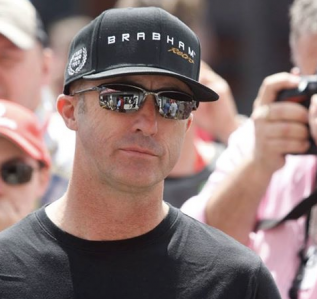 David Brabham’s Project Brabham off to a flying start

Just over a day after its launch, Project Brabham has already reached more than a quarter of its ambitious crowd-funding target.

Led by David Brabham, the youngest member of the iconic family sired by triple world champion Sir Jack Brabham, the project was launched in the UK yesterday with a bold formula of returning the entity to life.

Part of the rebirth involves an initial crowd-funding campaign with donations quickly reaching more than £65,000 ($121,000).

The crowd-funding platform sees donations from as little as one pound through to the £10,000 ($19,000) VIP package, which allows two people a track day at Silverstone under the tutelage of the 49-year-old Brabham.

Brabham has set a goal of establishing itself as an LMP2 operation before graduating to LMP1 and vying for outright honours at the Le Mans 24 Hours in four years.

Ultimately the second iteration of team Brabham has set its sights on returning to grand prix racing where it has claimed two constructors titles and four drivers titles during a 30-year span before it folded in 1992.

Click through to find out more on Project Brabham.