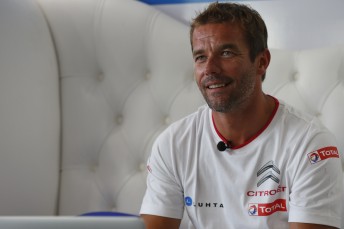 Sebastien Loeb will make a one-off competitive return to rallying when he contests the Rally du Var in November.

The nine-time World Rally champion will compete alongside his wife Severine in a Citroen DS3 WRC at the French event, the pair won together back in 2009.

Since his final full WRC season in 2012, Loeb has dabbled in selected rally events while contesting races in the FIA GT Series, Porsche Supercup and the Le Mans 24 Hours.

This year the Frenchman has committed to competing in the World Touring Car Championship with the all new Citroen works team.

Although looking forward at the prospect of competing in his first rally since Rally France last year, Loeb is keen to point out this is a one-off drive.

“I’m pleased to have the opportunity to compete in the Rallye du Var with Severine,” said Loeb.

“This is not the first time we ride together and it’s always nice to both be in the car to share, on the road, this passion that we have always had in common.

“I have not driven in rallying for a while and I am now fully focused on my WTCC programme.

“But this [rallying] is my first love, as they say.”

The Rally Du Var will take place from November 27-30.