Brabham is set to return as a team and constructor with a view to reviving its Formula 1 legacy where it became one of the trail-blazing outfits of the modern grand prix era.

David Brabham, the youngest son of the late eponymous team founder Sir Jack Brabham, has pushed the button on an elaborate plan called Project Brabham which is designed for the team to fly again after closing its doors 22 years ago.

Initially the plan is for the second coming of the Brabham team to run in LMP2 in next year’s World Endurance Championship before graduating to LMP1 within four years as a constructor.

Under an innovative plan, Project Brabham is adopting a crowd-funding method in order to generate revenue via donations from the motor sport community.

Further to the bold and fresh team rebirth is the implementation of Brabham-Digital which, according to the operation, is an advanced online portal that aims to engage its public investors on a transparent level. 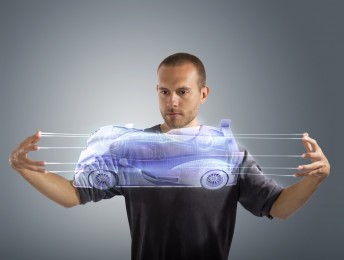 Project Brabham intends to kick off an LMP2 effort next year

The platform of web applications includes:

Brabham-Fan: Members can interact and contribute towards collaborative decisions in a way no racing team has attempted before, in turn tapping into the power of collective thinking.

Brabham-Driver: Designed for people who want to know what it takes, technically and professionally to become the ultimate racing driver. Online training will provide knowledge and understanding to develop a car set-up, learn how to develop a winning mentality, get advice from nutritional experts and sports psychologists and receive training regimes from specialist coaches.

Brabham-Engineer: Will involve the community in the development of the team’s racing technology while providing a series of e-learning modules around what it takes to reach the pinnacle of motorsport engineering.

The brainchild of David Brabham, the second coming of one of the most successful pioneering squads in grand prix racing is being built on the power of collective thinking.

Brabham says that an edict of openness and transparency is central to the project breathing life back into a once high achieving F1 squad.

“It’s all about people being the heartbeat of the team,” Brabham told Speedcafe.com

‘It’s the right time for this type of model. Certainly for us at Brabham because we’ve always wanted to get back and become a race team with the name Brabham.

“Once we have built a large community we will start to see the power of a collective force that will attract the funds and partners to make this journey a success.”

Ultimately Brabham aims to return the team to F1 where it enjoyed a run from 1962 until its final grand prix at Hungary in 1992.

“I am a big believer in the power of collective thinking and see many advantages in this model that will help Brabham become a winning team once again but in a new and inspiring way,” he added.

During its years of operation, the Brabham team won back-to-back constructor and drivers championships with Jack Brabham making history by becoming the only driver to win the title in a car bearing his own name in 1966 before Denny Hulme won the following year.

Under the ownership of Bernie Ecclestone, Brabham went on to win another two world driving championships in 1981 and 1983 at the hands of Brazilian Nelson Piquet.

Click through to find out more on Project Brabham.

See video below on the Project Brabham story