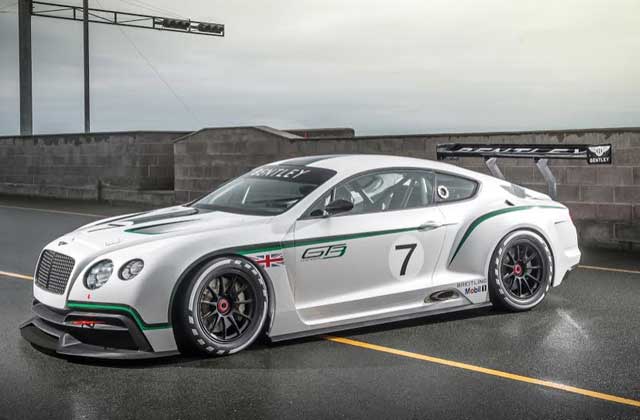 Bentley is the latest marque to join the Australian GT Championship, with Peter Edwards set to debut a recently purchased Continental GT3 at Highlands Park in November.

The M-Sport built car will be prepared by Maranello Motorsport, which has looked after Edwards’ Ferraris in recent years, including February’s Bathurst 12 Hour winning 458 GT3.

Having already tested the Bentley in the United Kingdom, Edwards says he expects to debut it at Highlands, before running it alongside the Ferrari in next year’s 12 Hour.

“It was everything I’d hoped it would be,” said Edwards, who also drives a Continental GT road car.

“It’s certainly different to the Ferrari 458 I’ve been driving over recent years, and physically it has a great presence – it’s both longer and wider than a 458.

“We tested at a little known circuit close by to M-Sport with plenty of elevation changes and it was interesting to say the least, especially with that long nose, but it was certainly a delight to drive.

“M-Sport are a fantastic operation, not too dissimilar to AF Corse in their professionalism, and they had a full crew on deck to support the test and ensure I was comfortable in the car. I can’t wait to take it to Highlands.”

While Edwards regularly shares with John Bowe in the Australian GT races, Maranello owner Mark Coffey cautioned that the two-time Bathurst winner will likely remain in the Ferrari for Highlands.

“John Bowe is still in with a mathematical chance of winning the title, so we might leave him in the 458 and find a good Pro driver to join Peter,” he said.

“Then we have to determine what we do for the Bathurst 12-Hour.

“Peter is likely to campaign the Bentley, but we’ll definitely be defending our title in the Ferrari and already have some star drivers lined up to join us, as well a number of Corsa Clienti who are desperate to join the team as well.”

Powered by a twin-turbo, 4.0 litre V8, the Bentley GT3s debuted in the Blancpain Endurance Series this year, winning two of the five rounds contested.

Bentley, which first flagged a possible privateer entry into the Bathurst 12 Hour in June, adds to the mix of Ferrari, Porsche, Mercedes, Audi, Lamborghini, Nissan and McLaren GT3 vehicles already entered for the once-around-the-clock race.