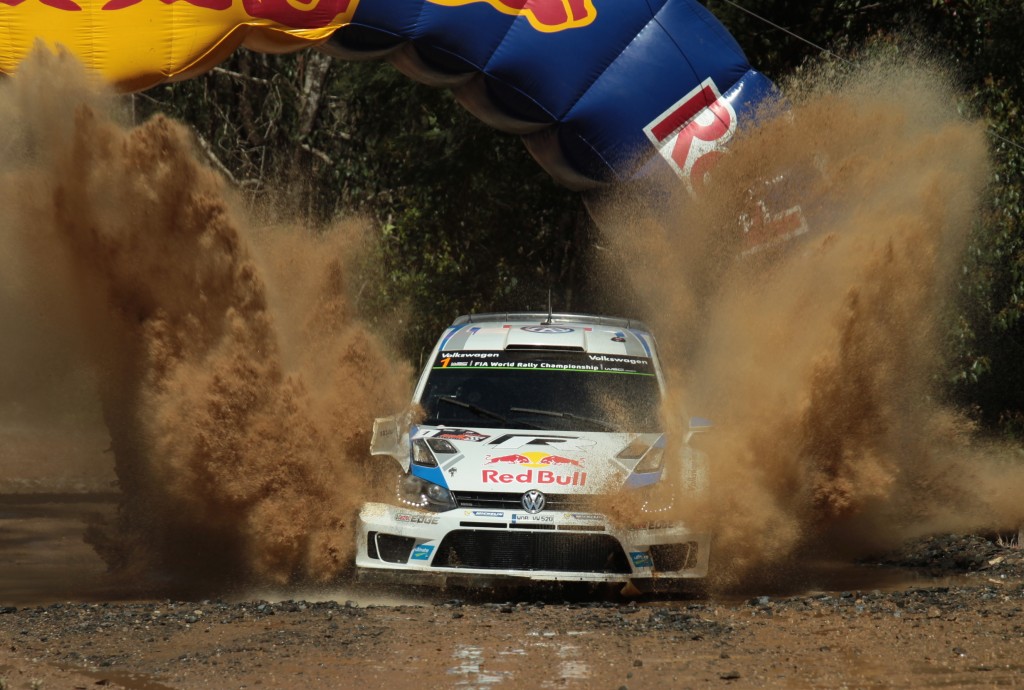 Sebastien Ogier on his way to victory

Sebastien Ogier boosted his World Rally Championship title defence as he fended off a charging Jari-Matti Latvala on the final day to win Coates Hire Rally Australia at Coffs Harbour.

The result sees the Volkswagen Motorsport squad secure the 2014 WRC Manufacturers crown after what has been another dominant year for the German marque in rallying.

The Volkswagen driver was unable to relax on the final six stages of the rally with team-mate Latvala applying pressure on the Frenchman, but Ogier kept his cool to win the event for the second year in succession.

Latvala trailed his stablemate by just 6.8 seconds after 309km of challenging stages, while Andreas Mikkelsen completed a Volkswagen podium lockout in third.

Citroen’s Kris Meeke ended the rally in fourth although he had been running in the podium places for the majority of the event. However, a one minute penalty issued on Saturday night for corner cutting in Stage 10 dashed his rostrum hopes.

Ogier claimed 10 stage wins but he was far from dominant with Meeke and team-mate Jari-Matti Latvala all enjoying spells in the lead over the three days.

An inspired tyre choice for the second run of stages on Saturday provided the platform for victory as Ogier reclaimed the lead for a second time during SS11, before an impressive measured drive in the final stages. 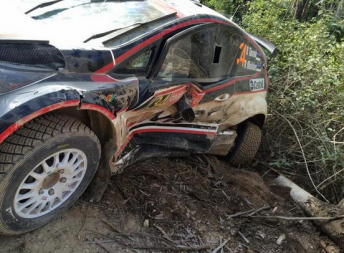 Ott Tanak had a lucky escape on SS19

Australia’s Chris Atkinson brought his Hyundai i20 WRC home in 10th in what has been challenging home rally for the former Subaru works driver.

Ogier has extended his championship lead over Latvala to 50 points.

Ott Tanak escaped injury after a huge side impact in his WRC2 car on the 10.86km Bucca SS19.

Next Story Latvala vows to keep Ogier in his sights