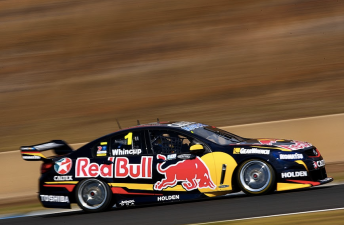 Rarely in the history of Australian touring car racing has a team operated at the highest level so consistently and over such a long period of time as Brisbane’s Red Bull Racing.

The Holden team sees an unchanged line-up for the shared driver races with Jamie Whincup and Paul Dumbrell commandeering the #1 Holden.

There is a change to the #888 Commodore with Craig Lowndes siding with reigning Bathurst 1000 winner Steve Richards who has switched from the FPR co-driver camp.

After a tardy start to the year the team has put in some hard yards and turned its fortunes around to be firing on all cylinders ahead of the Wilson Security Sandown 500.