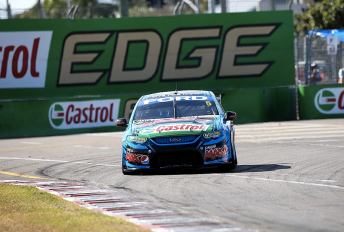 Episode 11 of the 2014 Crimsafe Endurance Countdown analyses the prospects of Ford Performance Racing.

As reigning champions of the Supercheap Auto Bathurst 1000, FPR go into the Pirtek Enduro Cup format with strong stocks.

Mark Winterbottom will be joined by Steve Owen this year while Chaz Mostert will be aided by the experienced Paul Morris in the #6 Pepsi Max Crew Ford.

The team began with all guns blazing in the championship this year but in recent rounds the efforts have waned with Winterbottom losing the series lead at the Queensland Raceway round.