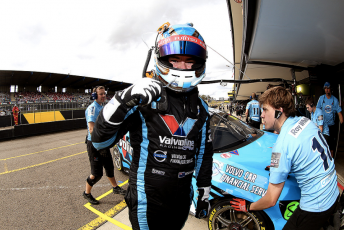 Episode 9 of the 2014 Crimsafe Endurance Countdown looks at the trail-blazing Volvos prepared from the Garry Rogers Motorsport stable.

The first year of the S60 campaign has seen Scott McLaughlin claim two points paying wins and a win in one of the non championship heats at the Australian Grand Prix meeting.

By any stretch the campaign has been a success largely based on the slippery and speedy nature of the Volvos together with the sublime talent of young McLaughlin.

Following his two full-time seasons with GRM, Alex Premat returns as McLaughlin’s co-driver while Robert Dahlgren will be joined by Greg Ritter.