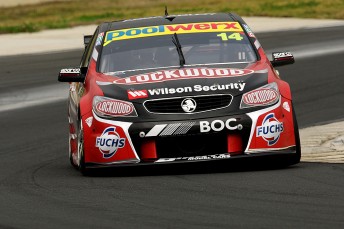 Episode 8 of the 2014 Crimsafe Endurance Countdown casts a look at the three-car Brad Jones Racing operation.

When it comes to Bathurst, over the years BJR have shown a propensity to show up in qualifying.

While the squad are still searching for that elusive first victory at the mountain, on paper the team looks formidable across the Pirtek Enduro Cup three race format.

Always considered a dark horse the team will see Jason Bright joined by Andrew Jones, while the experienced Luke Youlden will team with Fabian Coulthard with Dale Wood and Chris Pither sharing the seat in the #21 Commodore.