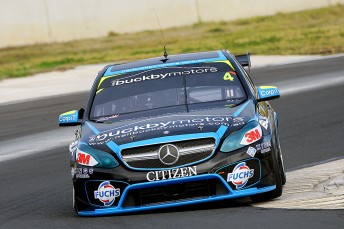 Episode 7 of the 2014 Crimsafe Endurance Countdown looks at the AMG E63s Mercedes-Benz entries of Erebus Motorsport.

The second car will see Lee Holdsworth again supported by the polished Craig Baird who has the sublime ability to mix sports car racing with the unique handling characteristics of a V8.

Holdsworth and Baird pulled out a super performance to finish fourth at Sandown last year.

The team was supplied with is maiden victory earlier this year with Holdsworth winning Race 8 at Winton.