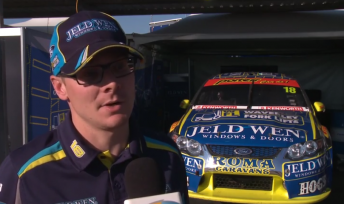 With David Reynolds coming close to winning the Supercheap Auto Bathurst 1000 a couple of years ago, he will be joined in the FPR-prepared car again by Dean Canto.

The pair have enjoyed a successful association together and will again likely prove a force in the top 10 over the course of the three long distance races.