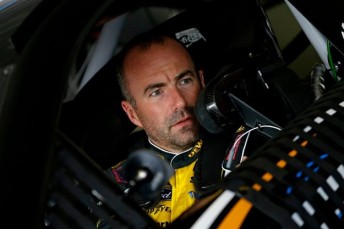 Marcos Ambrose has one more chance this weekend to make NASCAR’s Chase in what looms as his final Sprint Cup season.

Ambrose is one of 19 drivers who will be fighting to secure the final two Chase places in the NASCAR regular season finale at Richmond.

The 13 drivers that have already won this year are all guaranteed a place in the 16-driver play-offs, while Joe Gibbs Racing’s Matt Kenseth clinched the 14th spot on points at Atlanta last weekend.

Richard Childress Racing’s Ryan Newman and Roush Fenway’s Greg Biffle are currently in line to take the final two places based on points.

They can still be displaced by Clint Bowyer and Kyle Larson on points, or by any one of 19 drivers looking to score their first win of the season.

Ambrose is yet to make the Chase in his six-year Sprint Cup career, scoring best season-end finishes of 18th in 2009 and 2012.

Although he has been tight-lipped on plans for 2015, it appears unlikely that the 38-year-old will continue behind the wheel of the #9 Richard Petty Motorsports Ford.

Ambrose’s desire to return his young family to Australia has been well documented and could see him taking a year out of full-time racing if the long-mooted Team Penske V8 Supercars effort does not materialise in time.

Speaking ahead of this weekend’s Richmond race, Ambrose says he’s focussed on taking a breakthrough oval victory and making the Chase field.

“We hoped we weren’t in this position and not have all this pressure, but we’re in it to win it,” he said.

“That’s what it’s going to take for us, and that’s what we’re going to go and try to do.

“We are in that group of cars that have nothing left to chance but to just go for it.”

Ambrose has taken just one top five finish in 11 starts at Richmond and is yet to lead a lap at the Virginia short track.

“The last two weekends haven’t been good for us, so hopefully we’re due for some good luck,” he said.

“It’s going to be a fast race, an aggressive race, and we’re going to need everything to go our way this weekend.

“We want to be in position at the end, and that starts with good practice sessions, good qualifying and a good strategy during the race.

“Our team is plenty strong enough, and we can grab that final spot. It’s our only goal this weekend.” 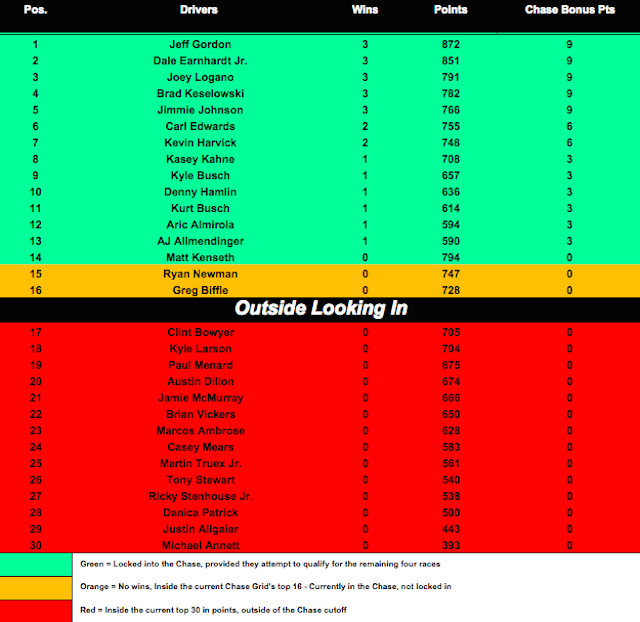 The Chase scenario heading to Richmond