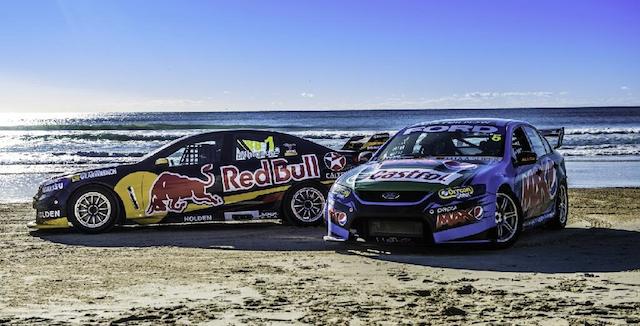 The Ford and Holden V8s, which came from the stable of the V8 Supercars Official Driving Experience at Norwell, raced along the Gold Coast beach in front of stunned beachgoers on Wednesday morning.

With preparations for the Castrol EDGE Gold Coast 600 already underway just metres from where the two cars were driving, the ‘beach battle’ set the scene for what is going to be a busy few weeks on the Gold Coast.

“It was a terrific experience,” said Paul Morris, who will drive at the GC600 with Chaz Mostert in the Pepsi Max Crew Ford.

“We don’t get to take racecars onto the beach too often, it was a bit like old school Daytona racing on the beach.

“We use those exact cars at the V8 Supercars Official Driving Experience, where race fans can come and drive themselves.

“They are so real, we had some of the beach goers thinking we’d turned the Gold Coast 600 into a beach race!

“I’ve been around the Gold Coast beaches and racecars my entire life, but this is the first time that I’ve ever driven a racecar along the beach – a really unique experience.”

Fans are able to drive the V8 Supercars at the Driving Experience at Norwell, which also doubles as Queensland’s leading Advanced Driver Training facility, or take a ride in the passenger’s seat.

The commercial featuring the V8 Supercars is expected to hit screens come November. 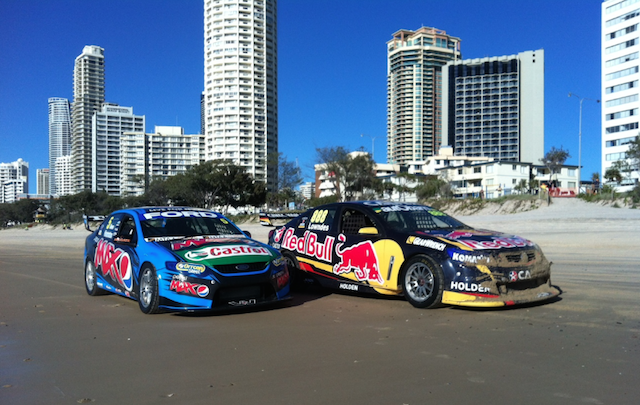 The filming took place for a Queensland Tourism commercial