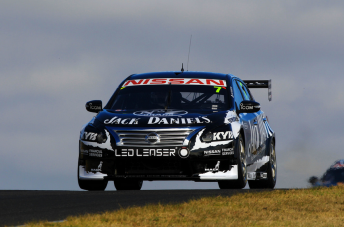 Episode 3 of the 2014 Crimsafe Endurance Countdown looks at the four-car Nissan Motorsport operation.

In its second year of V8 Supercars competition, Nissan is optimistic of finding more pace ahead of the co-driver rounds.

The team will be represented by Nissan works driver Alex Buncombe who joins Todd Kelly with David Russell linking with Rick Kelly in the second Altima.

Michael Caruso will be supported by the experienced Dean Fiore while James Moffat will share the #360 Nissan with Taz Douglas.

Crimsafe Endurance Countdown hosts Ben Beazley and Greg Murphy analyse look ahead to the challenges the Nissan operation faces season ahead of the tri-race series.