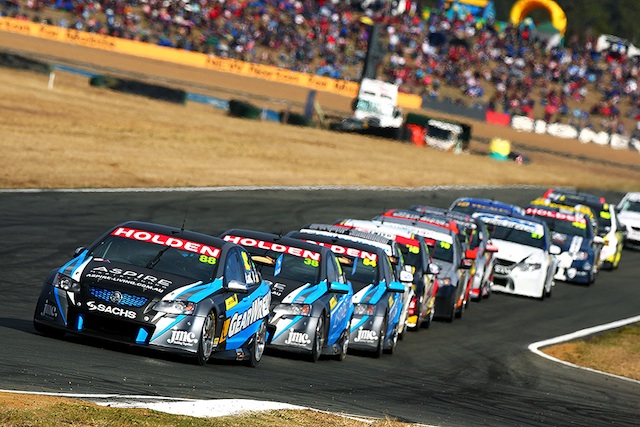 V8 Supercars has confirmed that all Pirtek Enduro Cup co-drivers are eligible to compete in the Dunlop Series’ 250km mini enduro at Bathurst.

This season the V8 Supercars feeder series will introduce a longer 250km race at Mount Panorama instead of the twin 40 minute race format previously adopted.

While main game drivers are not allowed to take part in the race, V8 Supercars has confirmed that Pirtek Enduro Cup co-drivers, who do not regularly compete in the Dunlop Series, are able to offer their services as co-drivers for the race.

Co-drivers are optional for the Dunlop Series race and even if a co-driver is nominated to compete, the regular driver can complete the full 41 lap distance.

It is, however, required that the regular driver completes at least 12 laps.

It remains to be seen if any V8 Supercars Championship teams take up the opportunity to give their co-drivers extra laps via the Dunlop race.

The only two teams to enter cars in both series, Brad Jones Racing and Ford Performance Racing, both told Speedcafe.com at Sydney Motorsport Park that they expect to keep their second-tier line-ups unchanged for Bathurst.

Teams in the Dunlop Series race will be required to make one compulsory pit stop for a set of tyres and a minimum fuel drop of 80 litres.

The second-tier squads will need to field two tyre changers for the stops, while the fuel filler, car controller, dead man, spike man and fire extinguisher will be supplied from V8 Supercars Championship crews.