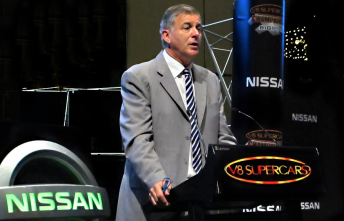 John Crennan is set to step down from his role as Nissan Motorsport CEO after four years at the Melbourne-based operation.

A statement from the team confirmed that Crennan will leave in late September, bound for other projects in the automotive industry.

The team, spearheaded by owner/drivers Todd and Rick Kelly, will not directly replace Crennan following his departure.

“Todd and Rick were now in to their sixth year of owning and operating their team and are outstanding businessmen with great support from their top leadership Group of Nick Ryan, Scott Sinclair and Craig Spencer,” said Crennan.

“This together with the way in which Nissan’s new Managing Director Richard Emery has fully re-energised the Nissan Motorsport program has me convinced the team and the Nissan Altima’s are not far away from being the major force in V8 Supercars.

“I am keen to step back from the rigors of daily management responsibilities and am now looking forward to working independently on some new automotive projects and advisory work,” he added.

Crennan is best known for his time presiding over the Holden Special Vehicles/Holden Racing Team empire.

He spent almost two decades at the helm of the Tom Walkinshaw-owned businesses before leaving the operation in 2007.

Crennan’s exit from Nissan Motorsport comes at a time when it is fighting to retain its two primary sponsors and star driver Michael Caruso.